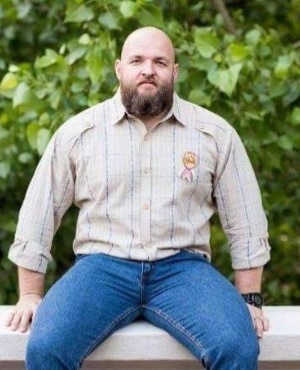 The family of Gerco van Deventer (43) have been trying for more than two years to raise the huge ransom for his release.

Gerco, a paramedic from Swellendam in the Western Cape, had been working for a Turkish company building a power station in Libya when he and three Turkish men were abducted on 3 November 2017. A local off-shoot of terrorist group Al-Qaeda are claiming a R365-million ransom for the release of the men.

Gerco’s family have desperately been trying to raise the funds. “The money is coming in slowly but we’re grateful to each person who’s willing to help,” says Gerco’s sister Carle Weber.

“We’re not naïve about how much money it is . . . We’re hoping to get international aid,” she adds.

Carle and Gerco’s wife, Shereen, haven’t had any word from him since January this year, when they were sent a video in which he pleads for his release.

In the video, Gerco is dressed in Muslim clothing and his beard is long. He’s sitting on the floor, his ankles in chains. “I have a lot of problems,” he says in the video.

“I can’t control my blood pressure. I get chest pain and I think I’ve had a few heart attacks. There’s blood in my urine.”

He pleads for Libyan authorities and the international community to intervene.

“Please let me return to my family in South Africa. I haven’t spoken to my wife and children this whole time. Please, I beg you, pay the money so I can go home.”

By the end of the video Gerco starts crying.

“That was the last we heard of him,” Carle says. “We don’t know if his health has improved or worsened. It’s a huge worry.

“It’s eating away at all of us. We’re hoping and praying that he’ll come home safely.”

Shereen’s phone was switched off when YOU called her for comment.

In the meantime, South African humanitarian organisation Gift of the Givers is negotiating for Gerco’s release.