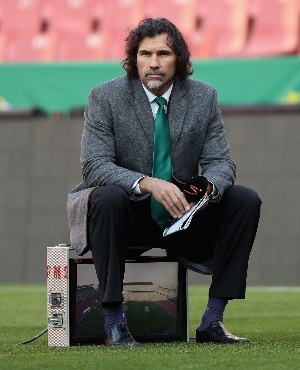 Victor’s more than 80 000 Instagram followers were shocked to see all the rugby star’s pics and profile photo suddenly disappear – to be replaced with pictures of a blonde woman using the handle @I’mChernovii and claiming to be from Russia.

Later, the handle was changed to @zeo_official and accompanied by pics of a young man claiming to be from Istanbul, Turkey.

Victor’s Twitter profile, where he has more than 350 000 followers, was also taken over by @zeo_official.

“I’ve been trying to close my Instagram and Twitter accounts for four days but I’m not getting any feedback when I report the problem,” Victor told YOU earlier.

He first encountered a problem last Thursday when he suddenly couldn’t get into his Facebook, Twitter or Instagram profiles. Even his personal email address had been hacked and all his emails deleted.

He kept getting WhatsApps from people wanting to know what was going on, he says.

He reckons the hacks were the result of his increasing popularity on social media leading up to the Rugby World Cup. “Before the World Cup I got between 2 000 and 3 000 likes per pic. Then it suddenly went up to between 11 000 and 12 000 likes. I think the guys [hackers] noticed the spike and decided to target me.”

The dad of three says the hack didn’t affect his sponsorships but he was worried that he’d lost many precious pics of his family.