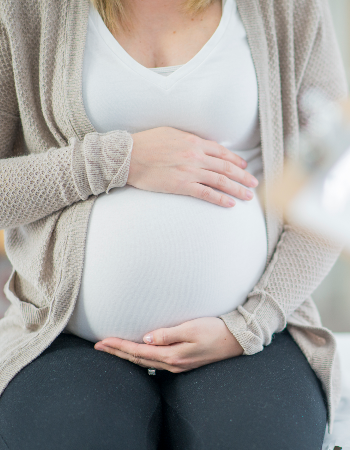 What this 46-year-old woman dismissed as menopause was actually pregnancy. (Photo: Getty/Gallo Images)

What this 46-year-old woman dismissed as menopause was actually pregnancy.

When Monica Thompson, who’d been unsuccessfully trying to conceive for 16 years, started experiencing stomach cramps and nausea, pregnancy was the last thing she expected, People reports.

“It was hard because all my friends were having kids and here I am, not having a baby,” says Monica, from Nevada in the US.

But when the 46-year-old went to the doctor for her cramps and nausea, she was in for the shock of her life.

“The doctor comes in and he asks, ‘Do you think you might be pregnant?’ I’m like, ‘Ha-ha, yeah right. There’s no way. I’m too old to have children I am probably going through menopause,'” she recalls of the visit in October last year.

Monica told Inside Edition that she’d lost quite a bit of weight after she started following a healthy lifestyle. She wasn’t even showing a bump – even though doctors told her she was already 7½ months pregnant.

“It’s just total shock. It’s like hitting a brick wall, ‘You are having a baby now’,” she says.

A day later she was rushed to a Las Vegas hospital for an emergency c-section, welcoming her son, Jayden, with fiancé, Jason Ratliff, Fox News reports.

“I had to call my boss and tell him I had a baby and he couldn’t believe it. He was like ‘What the heck?’ ” she chuckles.

Although the arrival of her now 11-month-old son came as a shock to many – including herself – Monica says that becoming a mom “felt right – I felt complete”.