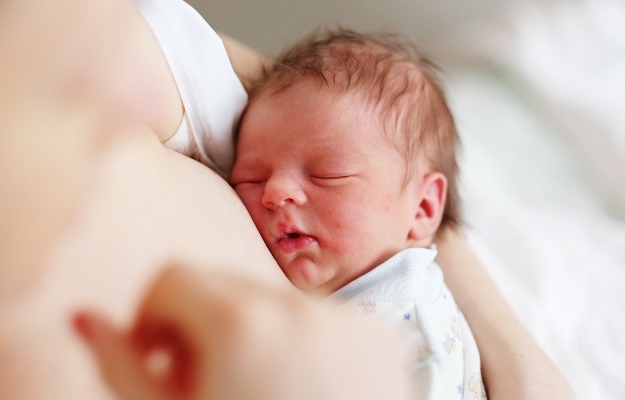 Premature or underweight babies kept in an incubator away from the touch of their mothers for their first few weeks suffer increased physical and emotional problems, a 20-year study suggests.

Researchers in Israel presented their findings after following the progress of 146 pre-term babies – half of whom were separated from their mothers and half of whom received skin-to-skin contact (or kangaroo care), in which they were allowed an hour a day of skin-on-skin contact for 14 days.

Dr Ruth Feldman, a professor of psychology and neuroscience at Bar-Ilan University in Ramat Gan, and her colleague Arthur Eidelman, a neonatologist at the Shaare Zedek Medical Center and the Hebrew University of Jerusalem, began the study in 1996, before kangaroo care was a routine component of caring for premature babies.

The research project looked at one group of 73 premature babies in a neonatal unit that received standard incubator care, and another group of 73 whose mothers provided kangaroo care for one hour a day for two weeks in a row.

The parents in the control group (the group in an experiment or study that doesn’t receive treatment and is then used as a benchmark to measure how the other tested subjects do) weren’t aware of the kangaroo-care study, but were offered ongoing psychological and medical care for their babies.

The results of the study, which was presented at the American Association for the Advancement of Science conference earlier this month and hasn’t been published yet, show that babies given skin-to-skin contact (or kangaroo care) are less vulnerable to stress as adults.

When they were 20 years old, the children included in the study were asked to speak in front of a panel of intimidating “judges” in white coats, and to count backwards from a high number, subtracting 13 each time.

The situation caused a higher level of the stress hormone cortisol in the group kept in an incubator without kangaroo care.

In general, the researchers found that, two decades on, the premature infants who didn’t have kangaroo care were suffering from a range of issues, while those who did have it were no different in those respects to people born at full term.

They also had weaker immune systems, struggled with sleep and were stressed more easily. Tests showed they had almost three times the level of cortisol compared to the kangaroo-care babies.

“What we found was that the children in the kangaroo-care group had better cognitive skills, sleep patterns, a higher functioning autonomic nervous system and were better able to cope with stress,” Feldman told Israel 21C.

“And their mothers were more sensitive parents.”

These people also showed higher levels of inflammation – a reaction to all kinds of stress in the body, which can lead to physical and mental health problems – and which “really sets the stage for problems later on in adulthood”, Feldman says.

The concept of “kangaroo care” (named for the way the marsupial carries her offspring in her pouch) isn’t new.

Introduced by neonatologist Dr Edgar Rey Sanabria in 1978 in Bogotá, Colombia — where access to incubators was limited — it’s a method of using maternal body heat to prevent hypothermia in babies born prematurely (born before 34 weeks).

Feldman insists that the benefits of touch at a young age between babies and mothers aren’t limited to babies born prematurely and is likely to apply to all children.

“If we provide maternal bodily contact in this critical period, even if it’s for an hour a day, then the infant isn’t deprived of it for weeks. Then this intervention reorganises the brain,” she says.

“It’s not just touch, it’s the entire envelope of the mother’s body and it has many components – the mother’s smell, her body heat, her heart rhythms and her movement. These are critical for any mammal when they’ve just been born.”

Read more on:
birthmombaby
LATEST YOU