A UK couple have had a tough time of convincing British authorities to let them name their baby son Lucifer.

Dan (37) and Mandy Sheldon (32) visited their local registry office in Chesterfield, Derbyshire, last week to register their four-month-old son’s name. But they were dismayed when a council official told them they couldn’t use the name, The Sun reports.

Dan said that the council employee told them their son “wouldn’t succeed in life” with the name Lucifer, which first appeared as the name for the devil in the King James Bible in 1611. In more modern versions of the Bible he’s referred to as Satan.

“We were really excited to go and get him registered but the woman looked at us in utter disgust,” Dan said. “She told us he’d never be able to get a job, and that teachers wouldn’t want to teach him.

“I tried to explain that we’re not religious people, and Lucifer in Greek means ‘light-bringer’ and ‘morning’ but she wouldn’t listen,” he said.

“Honestly, we just thought it was a nice name, a unique one. We didn’t expect to get so much grief about it.”

After the couple lodged a complaint, he said the woman eventually begrudgingly approved little Lucifer’s name.

“We apologise if they were offended but it is the job of our registrars to advise in these matters as sometimes people aren’t aware of certain meanings or associations around certain names,” the registry office responded.

The Sheldons got off quite lightly, considering how strongly some governments feel about the names of their littlest citizens. Although South Africa is fairly relaxed when it comes to baby-naming regulations, other countries are much stricter. 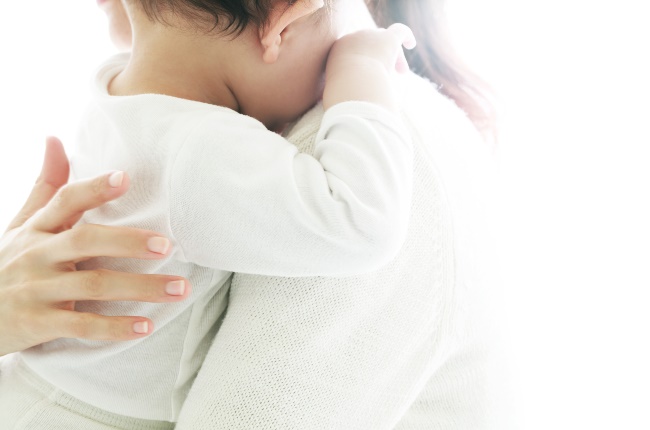 Had little Lucifer been born in New Zealand, it would’ve been illegal to name him that.

The country added Lucifer to its list of banned names in 2013. But this hasn’t stopped some parents from trying. Between 2001 to 2013, six sets of parents in New Zealand requested to use the name, but all six requests were denied.

The German government isn’t too keen on Lucifer either. German officials intervened when a couple in the city of Kassel submitted paperwork to name their new-born son Lucifer in 2017, USA Today reports.

The parents changed their minds during a closed-door hearing and instead decided to name their son Lucian, according to a court spokesperson.

The country gives parents the right to choose any baby name, but the government can get involved if the chosen name would threaten the child’s well-being by exposing them to mocking and humiliation or because it’s offensive.

Authorities also prohibited a Turkish couple living in Cologne from naming their baby son Osama bin Laden in 2002, the BBC reports. The name was rejected because it wouldn’t be allowed in Turkey and due to “the obvious association of the name with the terror attacks of 11 September 2001”.

For obvious reasons, Germany has traditionally not allowed parents to name their child Adolf Hitler.

There have been multiple high-profile cases surrounding Iceland’s strict baby-naming rules. Iceland’s government has ruled you can be Aagot, Baldey, Jórlaug, Obba, Sigurfljóð or Úranía – but if you’re a girl in Iceland, you cannot be called Harriet.

In 2014, an Icelandic girl named Harriet made headlines when the national registry refused to recognize her name, which wasn’t on the country’s list of 1 853 female and 1 712 male approved names. Harriet’s British-born father noted that her name was turned down because it’s incompatible with the grammar of the Icelandic language.

For names not on the list, the parents must seek the approval of a committee charged with preserving the traditional Icelandic language. Like its Scandinavian counterpart, the Danes also give prospective parents a list of about 7 000 pre-approved names, or else they have to request permission.

The name Molli was initially rejected because of its unusual spelling, and Monkey because it was an animal and not a name, according to a New York Times report. The country also rejected Anus, for obvious reasons.

In 2015, a court in Valenciennes, France, ruled that a couple couldn’t name their daughter Nutella. When the parents failed to show up on their court date, the judge renamed the then four-month-old baby Ella, according to the Telegraph.

“The name ‘Nutella’ given to the child is the trade name of a spread,” the court’s official ruling stated. It added that it’s “contrary to the child’s interest” to be named Nutella as it “can only lead to teasing or disparaging thoughts”.

Another set of French parents tried to pass Prince William off as a first name, but were rejected because it’d “lead to a childhood of mockery”, The Local reports.

The parents’ second choice – Minnie Cooper – was also rejected on the same grounds.

In 1991, Sweden’s naming regulations led courts to reject a couple in Halmstad’s wishes to name their son Brfxxccxxmnpcccclllmmnprxvclmnckssqlbb11116 in 1991.

Supposedly, it was to be pronounced “Albin”.  The parents described the name as a “pregnant, expressionistic development that we see as an artistic creation”.

Also in Sweden, parents had to go to court for the rights to use the names Metallica, Lego, and Elvis. They all won!

Other Swedish parents weren’t so lucky. The ones who wanted to name their baby Ikea found out Sweden won’t let you name your baby after the popular furniture company – and that ruling stands.

Another country that prohibits parents from naming a child after a brand name is Switzerland. So no matter how luxurious you find a name, if it’s already a car or a handbag, you have to find something else.

Friday may be universally known as everyone’s favourite day of the week but Italians, it seems, aren’t too keen on it as a first name.

When local parents wanted to name their son Venerdì, the Italian word for “Friday”, the courts ruled that it fell into the “ridiculous or shameful” category of names and ordered it changed. Judges assigned to the case wrote that naming the boy Friday would prevent him from having “serene interpersonal relationships” and would turn the boy into the “laughingstock of his peers”.

“They ordered the boy to be named Gregorio, after the saint on whose day he was born,” NBC news reports. Hungary also maintains a list of approved names, although there’s a glimmer of hope for parents wanting to bestow a unique name on their bundle of joy. The Hungarian government allows for between 30 and 40 new names to be requested each month, of which 10 to 15 are usually accepted.

In 2016 the Hungarian word for Diamond (Gyémi) and Jinx were requested but didn’t make the cut. Names that were accepted in that year include Lotta, Bentli, Zev, Néró (Nero) and Sét.

In 1994 two Japanese parents ended up in court for wanting to call their son Akuma, which means “devil” in Japanese.

In Japan, officials can intervene if names don’t use the approved characters or are inappropriate. In this case, officials cited fears the boy would be subjected to ridicule and discrimination.

Also in Japan, a couple tried using the kanji (characters) for “water” and “child” together for their child’s name.

An eagle-eyed government employee pointed out that previous generations used this combination to mean “a baby that’s died in the womb either through abortion or miscarriage”, Japan Today reports.

In both these cases common sense prevailed, and the parents opted for alternative monikers.

The name Linda has for decades ranked among the top 10 female baby names in the USA – but it’s forbidden in Saudi Arabia.

In that country, 51 names are “banned because they weren’t in line with social traditions”, the Washington Post reports. Other names that are banned in Saudi Arabia include Yara, Maya, Emir, Aileen, Laureen and Sandi.

The country also has strict rules when it comes to baby names, forbidding names that aren’t of Portuguese origin. It also has an 82-page list of names that are banned.

Babies must be given a good Portuguese name like João or Rui, according to the country’s regulations. If you want to call your kid Tom, you can’t opt for Thomas, Thomás, Thomaz or Thomáz, for example. You can only call him Tomás.

Thor, Nirvana and Paris are included on the country’s list of banned names.

In 2006, the country tightened restrictions on what names would be allowed. Hokkien Chinese Ah Chwar, which means Snake, made the list of banned names. So did 007, Chow Tow (Smelly Head), Hitler and Sor Chai (Insane).

The Malaysian government also frowns upon naming children for animals, fruits or flowers – so Gwyneth Paltrow’s Apple wouldn’t have made the cut.