Kids more likely to be hit by lightning than to die of coronavirus, scientists say 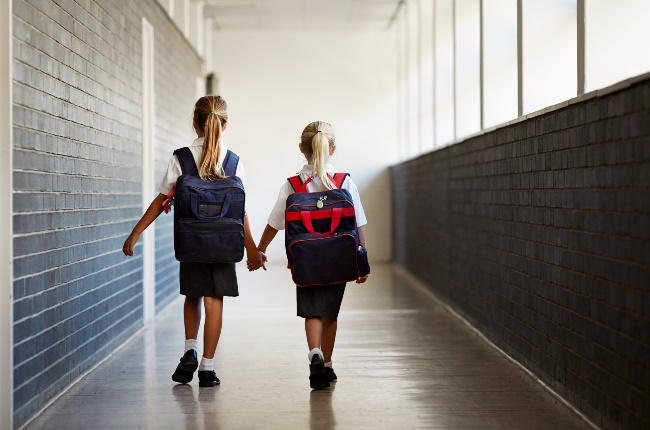 Grade 7 and matric learners across the country have already been back in class for a full week, with the rest of the grades expected to follow suit in the coming months.

But it seems a large number of South African parents are anxious about their little ones returning to the classroom.

More than 100 000 citizens have signed a petition by Mmusi Maimane, leader of the One SA Movement, which seeks to challenge the government’s decision and postpone the reopening of schools for a further three months, EWN.

British authorities keen to rescue what’s left of the academic year are facing similar blowback from anxious parents who’d prefer to wait until December to reopen schools, The Guardian reports.

Scientists from the universities of Cambridge and Oxford in the UK recently addressed these concerns, backing the government’s plan to reopen schools as soon as possible. The research team analysed data from the UK’s Office for National Statistics (ONS), and found that school children under the age of 15 have a one in 3,5 million chance of dying from coronavirus.

By comparison, around 200 people in South Africa are hit by lightning every year, according to the South African Weather Service – putting those odds at around one in 350 000.

Speaking about the new research, Sir David , chairman of the University of Cambridge’s Winton Centre for Risk, said the threat posed was “tiny”. Only 14 people aged under 19 have died with confirmed or suspected Covid-19 since the start of the outbreak.

He added that allowing immunity to build naturally between youngsters may be recommended if a vaccine doesn’t become available.

“In school kids aged five to 14 it’s not only a tiny risk, it’s a tiny proportion of the normal risk,” Spiegelhalter says.

His team’s findings come after scientists at the Department of Medical Epidemiology and Biostatistics at the Karolinska Institute, near Stockholm in Sweden, conducted a review of the risks presented by re-opening schools amid the ongoing pandemic.

The research – a systematic review of more than 47 separate studies – found that children are at a low risk of catching, spreading and suffering severe symptoms of the disease, and unlikely to infect their families or teachers, The Sun reports.

The Swedish scientists concluded that keeping schools open is “unlikely” to spread Covid-19, adding that children are unlikely to catch it or to pass it on to their families. “The vast majority of children don’t get very sick from Covid-19 and deaths are extremely rare,” Professor Jonas Ludvigsson, who led the review, told Mail Online.

The study, published in the journal Acta Paediatrica, said there hadn’t been a single reported case of a child or teacher catching Covid-19 in school in Sweden, where schools have remained open throughout the pandemic.