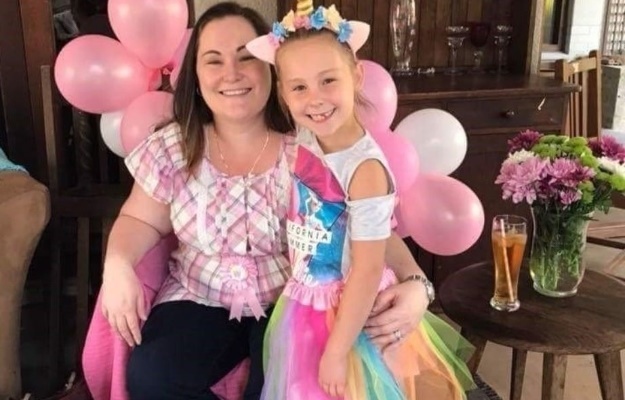 From 1 May parents will be permitted to bring their children home if they’d been staying elsewhere during lockdown. But for one family this announcement took far too long to come.

When a mom from Mbombela, Mpumalanga, sent her daughter to her grandmother in KwaZulu-Natal, she couldn’t have foreseen how hard it would be to get her back home again.

Marjolein da Costa (36) had sent her eight-year-old daughter, Genea, to her grandmother in Empangeni for the start of the school holidays. But then the national lockdown was declared.

And under level 5 lockdown, Marjolein and her husband, Rui (48), weren’t permitted to fetch Genea.

On Wednesday night, Dr Nkosazana Dlamini-Zuma, minister of cooperative governance and traditional affairs, announced the amendments to the lockdown regulations for level 4, which will commence on 1 May, and Marjolein and Rui are now able to bring their daughter back home.

Though divorced parents had after an earlier amendment been able to transport their children between them, primary caregivers who’d left their kids with a co-caregiver before lockdown are only now also allowed to fetch their children and bring them home.

“It was terrible,” Marjolein told YOU shortly before her husband, Rui (48), was going to leave for KZN. “I’ve been crying constantly for the past four days when it really got to me. My hair started falling out and I had a tension headache. I kept thinking, ‘How are we getting my child home?’ ”

On Wednesday she’d been without her daughter for six weeks. Marjolein and Rui had tried several times unsuccessfully before they were finally granted a permit from the magistrate’s court in Mbombela.

“My husband and I argued whenever he told me to calm down. I couldn’t take it anymore. How can I rest if my child isn’t with me?”

Genea visits her grandparents Albert and Belinda’s farm in Empangeni every school holiday and 21 March was no different. But then President Cyril Ramaphosa announced the lockdown on Monday 23 March.

“When the lockdown was announced and they said it’d be three weeks, we thought it’s okay – Genea is happy and safe where she is. And we’d be able to see her 21 days later.”

But when a two-week extension to the lockdown was announced on 9 April, Marjolein and Rui realised they might have a problem. And when level 4 was declared on 23 April and they discovered interprovincial travel still wouldn’t be allowed from 1 May, they were in crisis.

“My child called me. She was very emotional and said, ‘But Mommy, I want to come home.’

“The worst is no one knows what the next phases are. Yes, we get to fetch our child, but what about all the other parents out there?”

Before the announcement YOU had spoken to a reliable government source who said the current state of affairs is a crisis and that “many families are in the same dilemma”. YOU then approached Lumka Olifant, spokesperson for the department of social development, for comment and she also confirmed the dire state of affairs and that they were awaiting a decision to change the regulations.

Then finally the announcement came on Wednesday evening.

Interested parties can now consult the department’s website at www.dsd.gov.za for more information on the new regulations and on how to secure a permit.