This energetic mom didn’t allow labour to get the better of her!

Expectant mother Andrea Allen from Arizona, US was filmed throwing jabs and kicks while in labour in her bedroom.

When husband Paul Allen stepped into the room on Wednesday 3 October, he saw his wife dressed in a sports bra and hot pants, performing the exercise routine. Incredibly, the mom of four was 3cm dilated when the video was taken and gave birth to her daughter, Eastyn, less than 24 hours later.

“I was already three days late so my followers were giving me ideas on how to induce labour,” said Andrea.

“My contractions weren’t too bad at the time, so I decided to do some kickboxing.

“I’ve been a fitness instructor for years now, so I’m used to exercising every day.

“My family weren’t surprised as the day before I gave birth to our twins I was kickboxing too.” 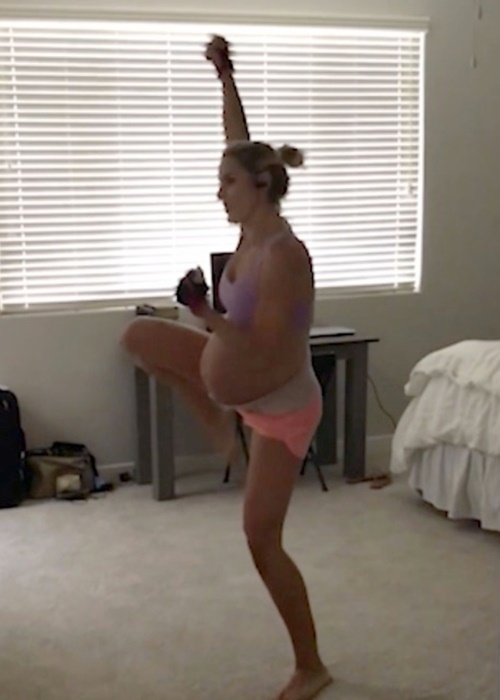 The personal trainer has been in the fitness industry for five years and has been running her fitness program Deliciously Fit n Healthy for three years.