Serena Nicholls from Berkshire in England had just returned home after picking up her daughter, Hailie, from nursery school when she felt “twinges” in her stomach which were in actual fact labour pain, Metro reported.

The 24-year-old, who had originally planned for a home birth with the assistance of a midwife, started having severe contractions and gave birth to her little girl, Callie, on her bedroom floor with the help of her partner, Mike Rolls, and his sister, Kerrylee Rolls.

While walking home with her daughter from the nursey, Serena had to keep stopping as the contractions got worse.

“I said to myself, ‘As soon as I get in, I'm going to time them to see how close together they are’,” she told the Daily Mail.

Serena who welcomed Callie on 19 April 2019, said she’d given birth to her first daughter, Hailie, at home and wanted to do the same with her second child.

She said she ran a bath, phoning the hospital while she climbed in, to try and calm herself down.

READ MORE: Everything you need to know about pregnancy, childbirth and your medical scheme

“They told me they’d have a midwife with me within 30 minutes.”

But while on the phone with the hospital, Serena’s water broke and she knew she wouldn’t be able to wait for 30 minutes.

It was at this point that the brave mom grabbed a couple of towels and prepared herself to push. “I then got this rush of adrenaline and a huge urge to push and thought, ‘This is it.’

“With one push, [Callie’s] head was out and with another, her body, then I reached down, picked her up and scooped her into my arms.”

It took the mother-of-two an hour and a half to deliver her healthy newborn. 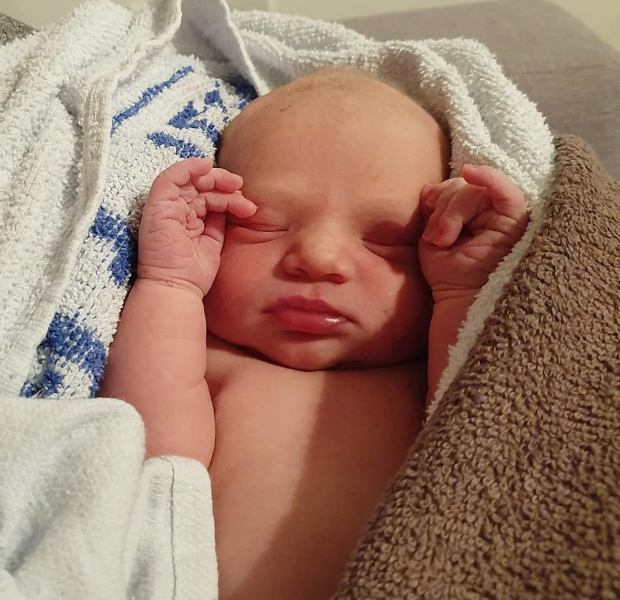 They were both taken to hospital where the baby was said to be as fit as a fiddle when she was checked out after spending two days at the facility.

“I can't describe what it feels like to hear that first cry. It's a relief that you know the baby is okay and also there's this huge rush of love.”

Following the birth of her daughter, Serena took to her Facebook page to announce the exciting news and thanked all those who congratulated them.