She was the people’s princess, a royal adored like no other, an extraordinary woman hailed as much for her beauty and elegance as for her humility and kind heart.

Princess Diana may not have been perfect – she was only human after all – but she was special. And the fact she still lives on in so many hearts 23 years after her death attests to that.

Ask anyone who was over the age of, say, 10 in August 1997 where they were and what they were doing when they heard the terrible news of her passing and they’ll remember. The occasion was that momentous.

Diana’s boyfriend, Dodi Fayed, died too, as did Paul – who, it was later proved, was driving under the influence. Cue worldwide shock, an unprecedented outpouring of grief and disbelief.

More than two decades after later, we continue to cherish the memory of this remarkable woman and the legacy she left behind.

As Queen Elizabeth once said, “She was an exceptional and gifted human being. In good times and bad, she never lost her capacity to smile and laugh, nor to inspire others with her warmth and kindness.”

In the run up to the anniversary of her death on 31 August, we take a bittersweet trip down memory lane. 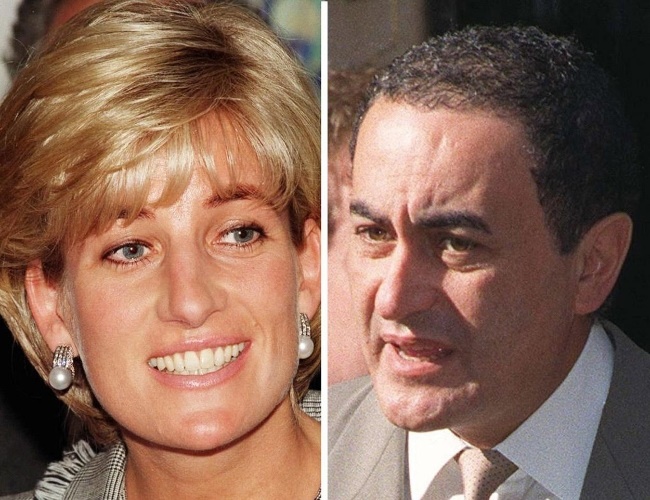 Diana’s greatest passion in life was giving back to those in need and spreading her positive energy.

She was nicknamed the queen of hearts for her hands-on approach when it came to the causes she cared about. Old, young, sick, poor – no one was overlooked.

“I think the biggest disease the world suffers from is the feeling of being unloved,” she once said. “I know that I can give love for a minute, for half an hour, for a day, for a month, but I can give. I am very happy to do that, I want to do that.”

A fan of the physical touch, she broke protocol by refusing to wear gloves during engagements. “I touch people,” she said. “I think everyone needs that.” A fan of the physical touch, she broke protocol by refusing to wear gloves during engagements. (Photo: Gallo Images/Getty Images)

From polka-dot maternity dresses and denim dungarees to big-shouldered power suits and bold evening gowns, Diana could pull off any look with effortless grace.

“A lot of designers say she truly knew what looked good on her which gave her glamour a certain naturalness,” says Eleri Lynn, curator of the exhibition Diana: Her Fashion Story at Kensington Palace.

She was also known for taking fashion risks at a time when few royals did. “Diana wasn’t afraid to experiment and she was the first member of the royal family to be photographed wearing trousers to evening events,” Eleri says.

She was also responsible for the iconic Princess Di pump trend – and let’s not forget the famous black sheep jumper she wore back in her early royal days. The knitting pattern for the jersey became one of the most sought-after the world over. Her wedding to Prince Charles in 1981 remains one of the most televised events in modern history – a staggering 750 people tuned in around the world to watch the fairytale ceremony at St Paul’s Cathedral in London.

It also produced one of the most iconic and talked about wedding dresses of all time.

Di’s dramatic gown by Welsh designer David Emanuel embraced the style of the ‘80s with its giant, puffy sleeves, but it was its 7,6 m train that got everyone talking and was the longest in royal wedding history. Her 7,6 m train had everyone talking. (Photo: Gallo Images/Getty Images)

Undoubtedly Diana’s most important role in life was motherhood and she adored her boys, William and Harry.

“Family is the most important thing in the world,” she said. Diana also broke with stiff-upper-lip royal protocol and indulged in public displays of affection with her children, ruffling their hair, hugging them exuberantly, cuddling them whenever she could.

The princes often speak about how much they miss her.

“Every day, depending on what I'm doing, I wonder what it would be like if she was here, and what she would say, and how she would be making everybody else laugh,” Harry says.

William applauds his mom for her dedication and drive. “I think her infectious enthusiasm and all the energy she had really rubbed off on me.”

He says she’d also have been a “lovely grandmother” to his three kids. “She’d have loved the children to bits.” 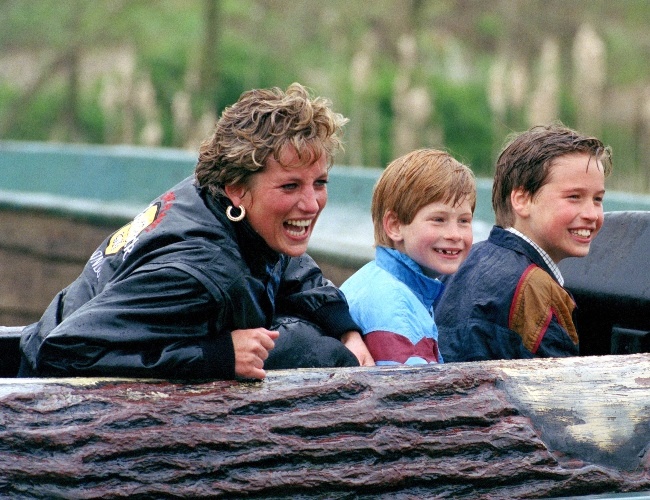 Prince William and Prince Harry often speak about how much they miss her. (Photo: Gallo Images/Getty Images) William applauds his mom for her dedication and drive. (Photo: Gallo Images/Getty Images)

We live in a world where facts and fiction get blurred
In times of uncertainty you need journalism you can trust. For 14 free days, you can have access to a world of in-depth analyses, investigative journalism, top opinions and a range of features. Journalism strengthens democracy. Invest in the future today. Thereafter you will be billed R75 per month. You can cancel anytime and if you cancel within 14 days you won't be billed.
Subscribe to News24
Related Links
New doccie: ‘Diana didn’t want her boys thinking the whole world was 4x4s, shotguns and nannies’
Princess Diana is the most beautiful royal of all time, according to ancient Greek theory
Kristen Stewart is to play Princess Diana in new movie – and not everyone is a fan
Next on You
Just call her GI Kate! The Duchess of Cambridge posts never-before-seen photos