All about the Cambridges’ fancy-pants London ‘flat’ 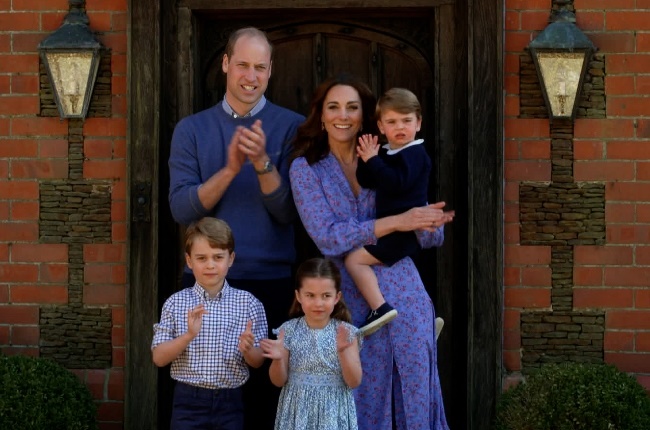 Think apartment and no doubt a one or two-bedroom pad will come to mind – maybe a balcony here, a study there, a guest loo if you’re lucky.

But when you’re royalty the term apartment carries new meaning – and loads and loads more space.

Since 2013 William and Kate have called Apartment 1A at Kensington Palace home when they’re in London but there’s nothing apartment-y about this pad. In fact, mansion may be more appropriate.

According to royal experts the place is “enormous” and spread over four vast storeys.

Speaking on TV station True Royalty’s Royal Beat, British royal author Christopher Warwick says 1A has 20 rooms “from the basement to the attic – it is not a small house”.

“All of these royal residences at Kensington Palace are called apartments, which of course makes people immediately think they’re flats,” he added.

“They are not. Kensington Place is built around three courtyards and the apartments are actually these wonderful red brick terrace houses. They are all joined but are separate houses.” According to royal experts the place is “enormous” and spread over four vast storeys. (Photo: Gallo Images/Getty Images)

Royal fans were first treated to a glimpse of the home in 2016 when the Cambridges welcomed then US president Barack Obama and first lady Michelle into their drawing room.

We saw cream sofas with floral cushions, many side tables stacked with family photos, plenty of lamps and a baby grand piano with a large vase of flowers on it. A large painting hung on pale-toned walls.

At the time the property, which used to belong to the queen’s late sister, Princess Margaret, had just been refurbished to the tune of £4.5million (about R100 million). It had been used as offices and had become a little dilapidated and the couple wanted to transform it into a family home. Royal fans were first treated to a glimpse of the home in 2016 when the Cambridges welcomed then US president Barack Obama and first lady Michelle into their drawing room. (Photo: Gallo Images/Getty Images) Prince William having a conversation with Barack Obama in his drawing room. (Photo: Gallo Images/Getty Images) They had a new kitchen, several bathrooms and a nursery installed, which was paid for the palace. However, they themselves footed the bill for fixtures and furnishing, carpets and furniture.

The family arguably have the biggest and best apartment in Kensington Palace, which houses over 10 members of the royal family, as befits their roles as future king and queen of England.

We live in a world where facts and fiction get blurred
In times of uncertainty you need journalism you can trust. For 14 free days, you can have access to a world of in-depth analyses, investigative journalism, top opinions and a range of features. Journalism strengthens democracy. Invest in the future today. Thereafter you will be billed R75 per month. You can cancel anytime and if you cancel within 14 days you won't be billed.
Subscribe to News24
Related Links
Palace pushing to groom Kate Middleton as future queen
William and Kate called out by unimpressed pensioner about their bingo skills
The Duke and Duchess of Cambridge send heartwarming thank you cards to fans
Next on You
Just call her GI Kate! The Duchess of Cambridge posts never-before-seen photos