Help for Her Highness: British taxpayers to bail out the queen Queen Elizabeth is set to receive a bailout from taxpayers after her land and property investments took a knock in value. (Photo: Gallo Images/Getty Images)

Not even the royal family’s finances survived the coronavirus pandemic unscathed – and now the British public is being tapped to ensure The Firm can be kept in the style to which are accustomed.

Queen Elizabeth is set to receive a bailout from taxpayers after her land and property investments took a knock in value.

According to the treasury, the sovereign grant will be topped up to ensure the monarch doesn’t suffer a dip in income.

The queen’s income is based on a 25% share of the profits of the Crown Estate, which is a collection of land and investment holdings in England, Wales and Northern Ireland that belong to the British monarch.

But with the value of the Estate having fallen about £500 million (about R10,5 billion) since the pandemic, the treasury has announced that she’s entitled to keep more of the profits to ensure she doesn’t suffer a loss.

This means money that should’ve gone into public coffers will go to the queen. It’s estimated that in total she’ll receive about £86m (R1,8bn).

But news of the bailout has stirred up controversy, with many questioning the decision when millions of people have suffered unemployment and poverty due to the virus.

“This royal bailout will be tough to stomach for people who love the queen but have lost their jobs and businesses during the pandemic,” Robert Palmer from campaign group Tax Justice UK told The National.

The rules for the sovereign grant also indicate that once the grant goes up, it can never come down, Graham Smith of the anti-monarchy group Republic points out.

But a spokesperson for the treasury explained the move to top up the grant to keep the queen’s profit percentage the same is standard procedure.

“In the event of a reduction in the Crown Estate's profits, the sovereign grant is set at the same level as the previous year,” the spokesperson says. 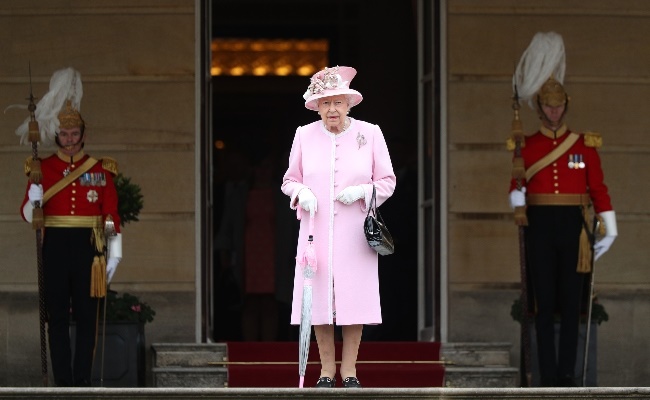 A percentage of it is also due to be used to fund an ambitious 10-year refurbishment of Buckingham Palace. (Photo: Gallo Images/Getty Images)

If there was an unexpected increase in profits, the grant would be capped to prevent her from pocketing “excessive funding”, treasury added.

The grant is used to fund the official business of the monarchy and doesn’t provide a personal income to any member of the royal family, they emphasised.

“The core Sovereign Grant supports the official duties of the queen and the maintenance of the occupied royal palaces,” a spokesman for Buckingham Palace commented.

A percentage of it is also due to be used to fund an ambitious 10-year refurbishment of Buckingham Palace.

But some think that if British citizens are being expected to tighten their belts, the British royal family should also be willing to make sacrifices.

“With stormy waters ahead, the queen's lockdown court 'HMS Bubble' may have to batten down the hatches pretty sharpish,” royal expert David McClure says.

We live in a world where facts and fiction get blurred
In times of uncertainty you need journalism you can trust. For 14 free days, you can have access to a world of in-depth analyses, investigative journalism, top opinions and a range of features. Journalism strengthens democracy. Invest in the future today. Thereafter you will be billed R75 per month. You can cancel anytime and if you cancel within 14 days you won't be billed.
Subscribe to News24
Related Links
Queen strips disgraced Harvey Weinstein of CBE
Queen Elizabeth’s Sandringham Christmas plans in jeopardy if coronavirus social distancing rule...
One’s sanctuaries! All about Queen Elizabeth’s many royal residences
Next on You
SEE THE PICS: Zara and Mike Tindall's cute kids show why they're the most relatable royals