Hot seat! Prince Charles pictured next to GOT Iron Throne! 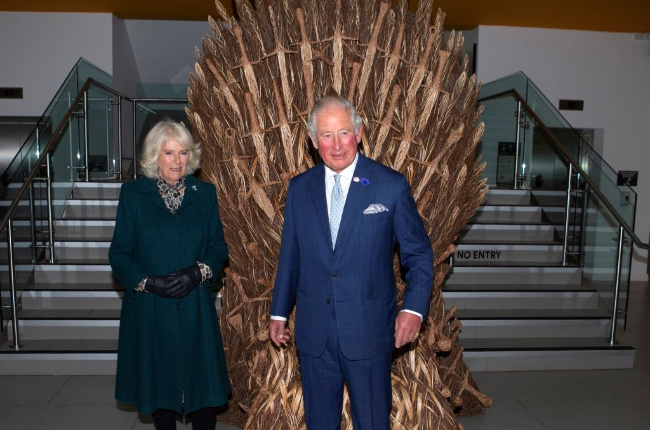 The Duke of Wales and the Duchess of Cornwall visited the Ulster Museum (Photo: Getty Images/Gallo Images)

It’s nothing like the one he’ll eventually ascend to when he becomes king of England, but Prince Charles found himself up-close to a remarkable throne this week.

Rather than an ornate golden palatial seat, it was a wild-willow throne from the set of the hit series Games of Thrones (GOT).

The Duke of Wales (71) and his wife, Camilla, Duchess of Cornwall (73), visited the Ulster Museum during a recent visit to Belfast in Northern Ireland where they were shown the special willow Iron Throne, which featured at a party to celebrate the premiere of the series’ final season.

Filming of the series, which ended in May last year, took place in several locations around Northern Ireland.

While the future king didn’t actually sit on the imposing chair, he looked amused as he stood in front of it with Camilla for a photo.

The royals are no strangers to GOT – in fact the series is popular with some of its younger members. Cersei Lannister played by Lena Headey, sits on the wild-willow throne from the set of the hit series Games of Thrones (GOT) (Photo: HBO)

Prince William and his wife, Kate, revealed back in 2017 that they’re “huge GOT fans”. They told BBC Radio One that they like to get a curry takeaway and put on their “comfy clothes” when they watch it.

And when they met GOT actor Tom Wlaschiha (who plays Jaqen H’ghar) during a visit to Berlin, they tried to get a few spoilers out of him.

The queen herself was pictured alongside the Iron Throne during a tour of the show’s set in Northern Ireland in 2014. She was led into the throne room where she met cast members but politely declined to sit in the chair.

She wasn’t being difficult, though. Turns out age-old royal tradition prohibits the reigning English monarch from sitting on a foreign throne – even a fictional one. 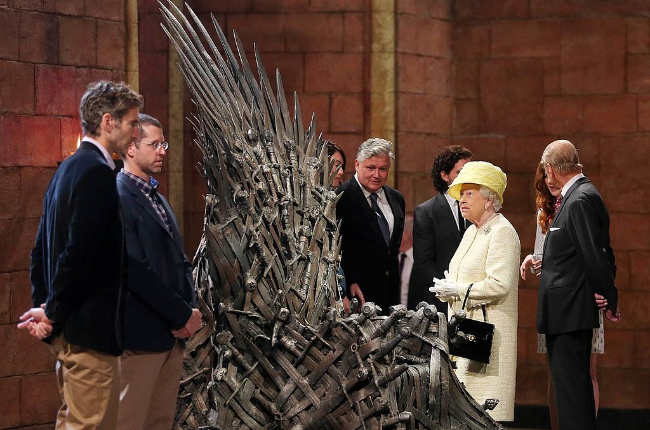 The queen herself was pictured alongside the Iron Throne during a tour of the show’s set in Northern Ireland in 2014. (Photo: Getty Images/Gallo Images)

We live in a world where facts and fiction get blurred
In times of uncertainty you need journalism you can trust. For 14 free days, you can have access to a world of in-depth analyses, investigative journalism, top opinions and a range of features. Journalism strengthens democracy. Invest in the future today. Thereafter you will be billed R75 per month. You can cancel anytime and if you cancel within 14 days you won't be billed.
Subscribe to News24
Related Links
Why Princess Eugenie will refuse a title for her baby if the queen offers it as a gift
Prince Philip reportedly ‘very disappointed’ by Meghan’s refusal to support Prince Harry
Baby news for Princess Eugenie!
Next on You
Prince Harry dresses as Spider-Man to deliver a heartwarming Christmas message to orphans