‘I’m too intimidated to call her!’ Meghan Markle’s Suits husband speaks out 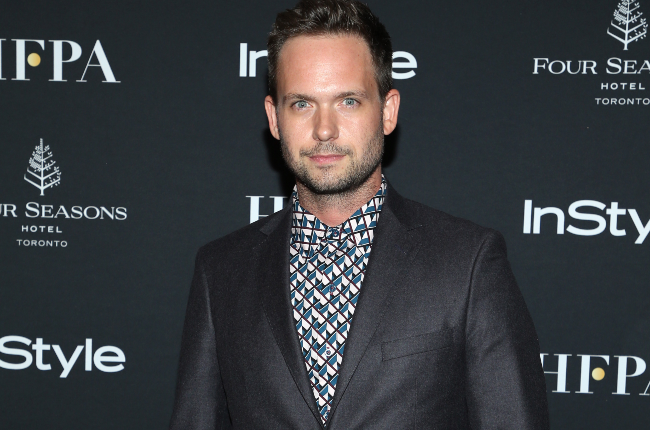 Patrick J Adams, who played Mike Ross opposite Meghan’s Rachel Zane in the popular legal drama, has admitted he’s “intimidated” to call the 39-year-old duchess, saying her life has become “completely enormous” and is “wild to watch”. In an interview with Radio Times, the Canadian actor said it was “hard to watch” her new life as the wife of Prince Harry but adds “she’s handling herself very well”.

Asked what was stopping him dialing his former co-star’s number, the 39-year-old said, “Quite frankly, I think I’m intimidated. I have no doubt I could pick up the phone and call her at any moment, but I don’t know what I would say.

“After our children were born, there were some texts sent and gifts sent, but I guess I’m a little scared. I think it’s pure fear. I guess I’m scared about the idea of breaking through whatever walls exist to have that conversation.”

Patrick, who currently stars in a new show called The Right Stuff about America’s first astronauts, was among Meghan’s former co-stars she invited to her 2018 wedding in St George’s Chapel at Windsor Castle. Commenting on her life right now, he added, “It’s been wild to watch. I have a lot of empathy for anybody whose life becomes discussed all over the planet by people who probably know less than one percent about what’s truly going on behind closed doors.

“Knowing how compassionate she can be, it’s hard to watch, because you want your friends to be left alone to build their life together.”

During Patrick and Meghan’s time on Suits, fans couldn’t get enough of their steamy chemistry and many have cited it as a major factor in the show’s early success.

“Cast, crew and the money men at the network were ecstatic, the producers thrilled that their gamble to cast Meghan opposite Patrick had paid off big time,” royal biographer Andrew Morton, who wrote Meghan: A Hollywood Princess, told the UK’s Express.

In fact, some went so far as to say their chemistry away from the cameras raised eyebrows when it came to Meghan’s first marriage to producer Trevor Engelson in 2011.

“Their off-screen chemistry was noticeable, almost uncomfortably so, according to guests at Meghan and Trevor’s wedding,” Morton says.

However, Meghan and Patrick were never romantically involved and Patrick went on to marry Pretty Little Liars actress Troian Bellisario, who joined him at Meghan and Harry’s wedding. They now have a little girl, Aurora, who is nearly two.