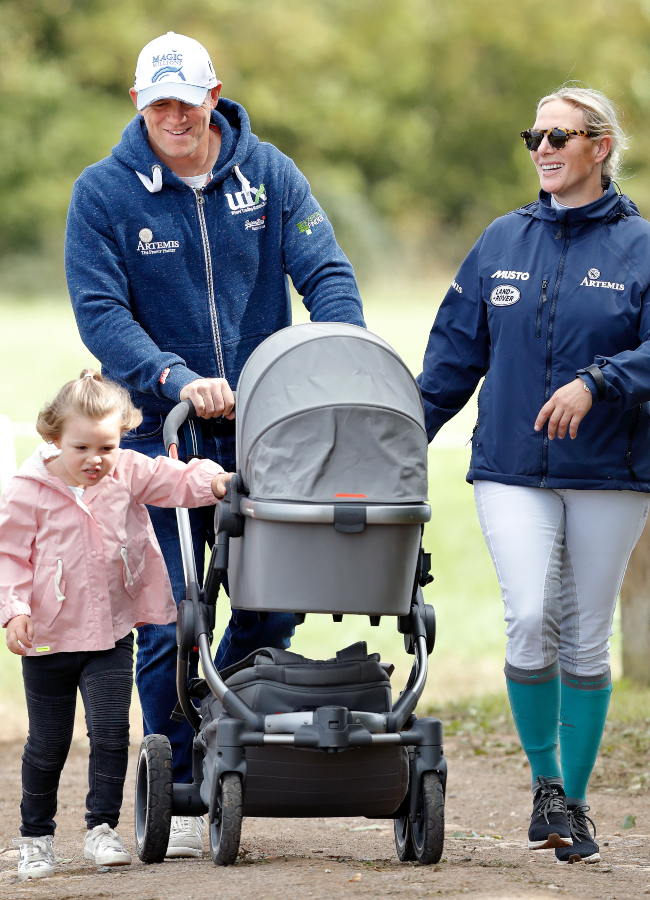 The down-to-earth Tindalls out in Gatcombe Park in September 2018 with their young daughters (Photo: Gallo Images/Getty Images)

If the Cambridges are the textbook-perfect ones and the Sussexes the glamorous ones, then the Tindalls take the crown for being the most down-to-earth royal family.

Thanks to passions that include rugby and horses, it’s more a case of mucking about on fields than trying on tiaras for this lot.

Zara (39), the queen’s eldest granddaughter, and Mike (42), her hubby of nine years, raise their daughters, Mia (6) and Lena (2), out of the spotlight in a farmhouse in Gloucestershire, close to the sprawling country home Zara grew up in. Zara Tindall is not too posh to grab an ice-cream with her young daughter at the Gascombe Horse Trials last year in the UK (Photo: Gallo Images/Getty Images)

They may scrub up every now and then for fancy palace dos (or at least, they did pre-pandemic days) but most of the time you’ll find Zara in muddy riding pants and Mike in bright golfing pants, doing everyday things like the school run, grabbing an ice cream with the kids or heading down to the local supermarket.

Unlike her cousins, Zara is not a princess thanks to her mother, Princess Anne, deciding she should go without a title as a child in a quest for her to forge her own identity.

And she has. She’s excelled in the very real word of equestrian eventing, joining the British Olympic team in 2012. And Mike, of course, is a sporty person too, having played rugby for England in the World Cup in 2003. Princess Anne brought up her daughter, Zara, without a royal title and Zara is doing the same with her kids. Pictured here at World Equestrian Games in 2006 (Photo: Gallo Images/Getty Images)

And by all accounts their tomboy daughters, who are most often seen in practical shorts and takkies as opposed to flouncy dresses and pumps, are following in their sporty footsteps.

Zara and Mike recently shared sweet details of life with their two little girls in an interview with Australian publication Now to Love. Both the girls love horses, Zara says, following in the family tradition.

“Lena sits in a little basket on the saddle, purely a passenger. But we just bought Mia a new pony called Magic.” 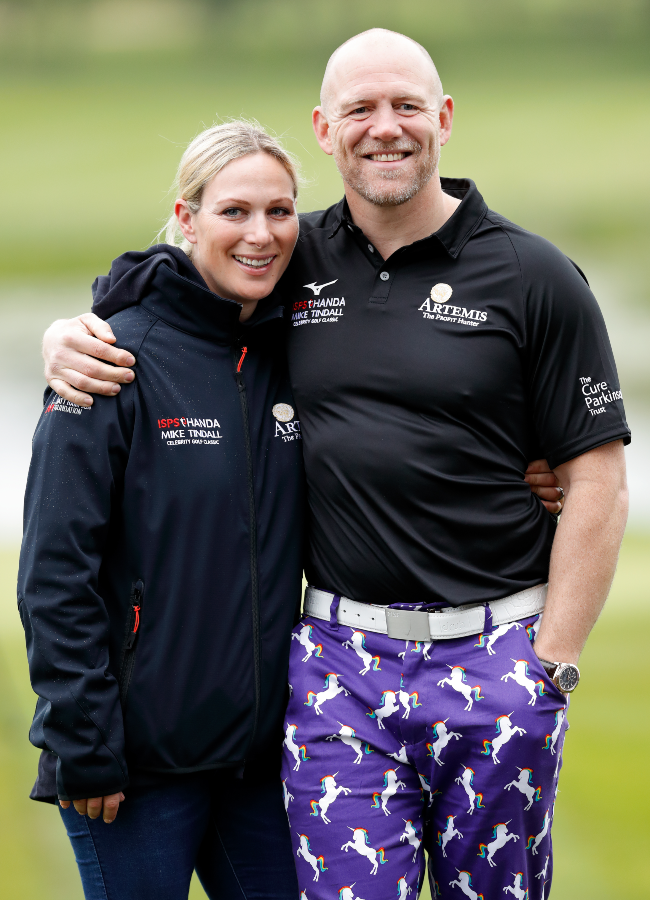 Zara and Mike Tindall - pictured at a celebrity golf day last year - have a reputation for being down-to-earth, friendly and approachable despite their royal status (Photo: Gallo Images/Getty Images)

Mia has also been seen on numerous occasions joining her dad on the golf course and brandishing a club.

During lockdown, however, Mike has had to forgo his favourite hobby, but replaced it with another, rustling up some delicious grub in the kitchen . . . with a little pre-bought help.

Thanks to a meal-making kit he purchased, he whipped up four cheeseburgers, which he happily shared with his fans on social media. “Pretty happy with how they look,” he said. “Get in my belly!”

Zara has also admitted that, like millions of other mothers, she also suffers from mom guilt when her equestrian duties take her away from her kids.

“If I’m away and Mike’s at home I don’t feel guilt. However, if we’re both away then I feel much more guilty,” she says.

Zara told Hello! magazine that not having a title was a blessing in disguise and allowed her and her brother, Peter (42), to have a normal childhood.

“We were able to be more adventurous than say, William,” she says, referring to her cousin, Prince William.

“I'm very lucky that both my parents decided to not use the title and we grew up and did all the things that that gave us the opportunity to do.”
Zara Tindall

She and Mike go about their business without fanfare. When it comes to supporting various charities, they do so without looking for any recognition.

Mike has proven himself to be a dedicated supporter of The Cure Parkinson's Trust in the wake of his father’s battle with the condition. Earlier this year he cycled up steep British peaks to help raise money for the organisation.

“He is an absolutely fantastic human being,” Will Cook, CEO of the charity told People. “He's an altruistic, philanthropic, charitable guy. He combines calmness and compassion for others with his sporting pedigree.”

And the same can be said of Zara.  “They are friendly and approachable,” says Matt Hampson, whose foundation helps young people injured by sport, a cause Zara is passionate about. “They don’t want a lot of things that come with being in their position.”