A new documentary about Princess Diana has shed some fascinating insights into how she brought up her boys to view the world.

Speaking on Diana: Queen of Hearts, which recently aired on British TV, royal biography Andrew Morton says she started taking Prince Harry and Prince William on her charity visits when they were very young.

“One of the reasons was she didn't want the boys to grow up thinking the whole world was 4x4 Range Rovers, shotguns and nannies,” he says.

On 31 August, it will have been 33 years since the princess died in a paparazzi chase in a Paris tunnel.

Morton says one of Diana’s biggest aims was to inspire in her sons a lifelong passion for charity work and activism – something Patrick Jephson, the Princess of Wales' former private secretary, agrees with.

“She spoke to them about her charitable work but with the intention I think of preparing them for the fact for the rest of their lives they were going to be doing humanitarian work, and that it wouldn't be pretty.” 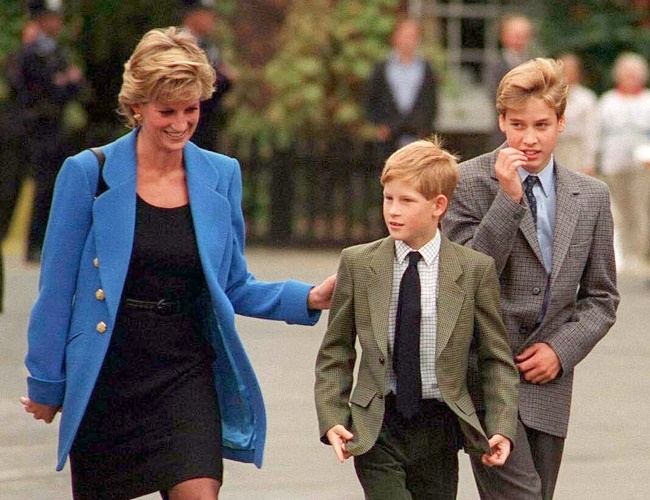 The programme, which features many royal experts, looks at Diana’s charity work, her marriage and divorce from Prince Charles and the legacy she wanted to leave her sons. She also encouraged them to look at “neglected charities” and causes beyond the more obvious ones.

Veteran British journalist and TV presenter Dame Esther Rantzen says Willilam and Harry were moved by their mother’s work and knew they lived a life of privilege.

“I think when the boys saw how the other half lived, how those who don't have their privilege were actually struggling, it made an indelible impression on them.”

Former BBC Royal Correspondent Jennie Bond says the princes are both “tactile” and “engaging” like their mother. “It’s the manner in which they carry out their duties – William a little more formal, Harry less so, but both of them tactile, compassionate, engaging, not aloof, which was Diana's abiding criticism of other members of the royal family. There's a great deal of Diana in those boys.”

Diana was a patron of over 100 charities and much of her work focused on helping children, HIV/Aids patients and homeless and disabled people.

William is the patron of 20 organisations including Tusk Trust, United for Wildlife and The Passage while Harry holds nine patronages, including the Invictus Games Foundation, Rhino Conservation Botswana and Sentebale.