Prince Harry channelled his inner superhero when he dressed up as Spider-Man to share a heartwarming message to orphaned kids. (PHOTO: Twitter/ @CorporalScotty)

He knows what it's like to have lost a beloved parent at a young age, which made Prince Harry the perfect person to bring a bit of holiday cheer to a group of orphans.

The Duke of Sussex (38) recently donned a Spider-Man suit in a video message to console orphaned military children at the Scotty’s Little Soldiers hero and villains themed Christmas party.

At the party the children were told that villains were attempting to ruin Christmas, and they were given the mission of stopping them as part of the fun activities of the day.

“I hope you guys got some rest before tonight’s excitement. I hear from Sharky and George that there are five villains that you guys need to stop from ruining Christmas,” Harry welcomed them in the pre-recorded message.

Harry, who lost his mother, Princess Diana, in 1997 when he was just 12, also related to the children’s agony of losing parents at a young age. 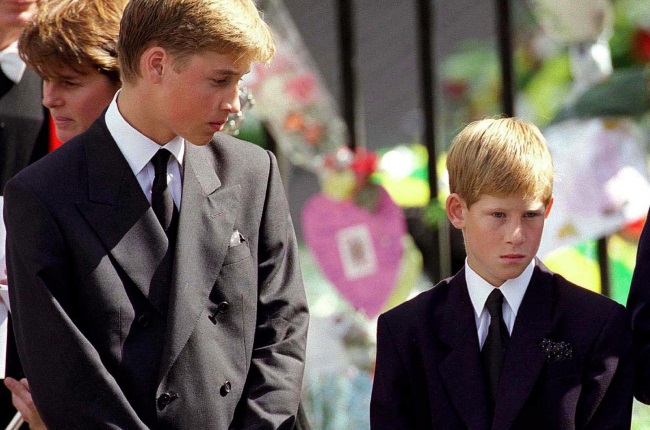 Harry and William at the funeral of their mother, Princess Diana, in 1997. (PHOTO: Gallo Images/ Getty Images)

"Christmas is a time when we miss our loved ones really, really badly and that's okay,” he said.

“But at the same time, it can be possible to feel guilty for having fun without our parents. But I'm here to assure you that our parents always want us to have fun, OK? So don’t feel guilty.”

He continued by urging the kids to go out there and “have the best time.”

The video concluded with him pulling off his mask to reveal his identity. “Merry Christmas!” he said with a big smile.

This special video message comes less than a month after he wrote a letter to the Scotty Members and Spring Boarders expressing his support for them at Remembrance Day. Towards the end of the video Harry took off the mask to reveal that he was the Spider-Man. (PHOTO: YouTube/ Scotty's TV)

“It’s incredible for everyone at Scotty’s to have Prince Harry’s continued support," says Nikki Scott, founder of the organisation. "He knows what it’s like to grow up without a parent and understands there are certain times of the year that can be particularly challenging. Christmas is one of those times.

"We love the fact that Prince Harry not only recorded such a special message but also dressed up as Spider-Man." 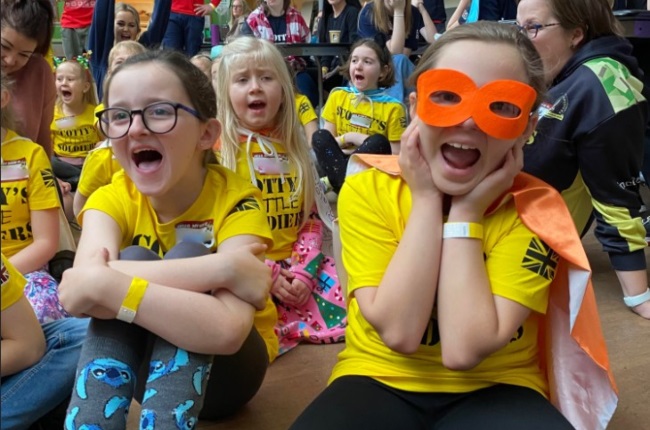 Orphaned kids from The Scotty's Little Soldiers were thrilled to see the royal in a Spider-Man suit. (PHOTO: Twitter/ @CorporalScotty)

Nikki founded the charity in 2010, after her husband, Corporal Lee Scott, was killed in Afghanistan the previous year.

Harry first met her at a Party at the Palace function in 2017, and a year later he and wife Meghan chose Scotty's as their wedding charity.

READ MORE| SEE THE PICS: Cheers and boos for Prince William and Kate as they take in some NBA action amid royal race row

The Norfolk-based organisation helps kids who’ve lost a parent serving in the British military with their education. They also create community gatherings, give gifts, as well as providing guidance to families and others who care for the kids.