Apparently the duke was so fed up he didn't want to be a part of the talks about Harry and Meghan’s future as non-working royals. (Photo: Gallo Images/Getty Images)

He gave up his naval career to support his wife when she became queen, so why can’t Meghan Markle do the same for Prince Harry?

This is the question that continues to baffle Prince Philip and which has resulted in the 99-year-old being “very disappointed” in the glamorous American.

According to royal expert and biographer Ingrid Seward, the Duke of Edinburgh is “irritated” by Meghan’s refusal to follow his example and support Harry and the monarchy instead.

“I think he's very, very disappointed because I think he feels he gave up his naval career in order to stand by the queen and help the monarchy,” she told Sky News.

“And why can’t Meghan just give up her acting career, support her husband and support the monarchy? And help him rather than wanting to have her voice. It irritates him hugely.

“As he used to say to [Princess] Diana, this is not a popularity contest, this is all of us working together.”

Apparently the duke was so fed up he didn't want to be a part of the talks about Harry and Meghan’s future as non-working royals, which were held at Sandringham in January with Her Majesty.

“When they had the Sandringham summit, Prince Philip was seen leaving the house very swiftly before they all arrived. He simply doesn't want to get involved anymore.”

He won’t get involved either when Harry and Meghan’s review period comes to an end early next year.

In a piece for the Mail on Sunday, Seward discussed Prince Philip's overwhelming sense of duty, saying it “grieves him” that many younger members of the royal family “do not appear to share his values”. 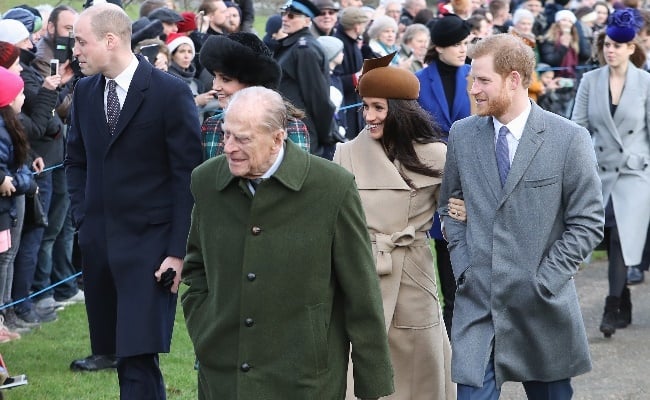 He won’t get involved either when Harry and Meghan’s review period comes to an end early next year. (Photo: Supplied)

“He has struggled greatly, for example, with what he sees as his grandson Harry’s dereliction of duty, giving up his homeland and everything he cared about for a life of self-centered celebrity in North America,” she writes.

“He has found it hard to understand exactly what it was that made his grandson’s life so unbearable. As far as Philip was concerned, Harry and Meghan had everything going for them: a beautiful home, a healthy son and a unique opportunity to make a global impact with their charity work.

“For a man whose entire existence has been based on a dedication to doing the right thing, it appeared that his grandson had abdicated his responsibilities for the sake of his marriage to an American divorcée in much the same way as Edward VIII gave up his crown to marry Wallis Simpson in 1937.”

We live in a world where facts and fiction get blurred
In times of uncertainty you need journalism you can trust. For 14 free days, you can have access to a world of in-depth analyses, investigative journalism, top opinions and a range of features. Journalism strengthens democracy. Invest in the future today. Thereafter you will be billed R75 per month. You can cancel anytime and if you cancel within 14 days you won't be billed.
Subscribe to News24
Related Links
The one 'unroyal' trait that almost lost Prince Charles his position as heir to the throne
Prince Harry and Meghan Markle looking towards new horizons as they officially depart from the...
Princess Sofia of Sweden: I would never do a Prince Harry and Meghan
Next on You
Princess Diana’s former bodyguard speaks out about how she could've survived that fatal crash