Should the queen be first in line? Brits divided over the vaccine pecking order 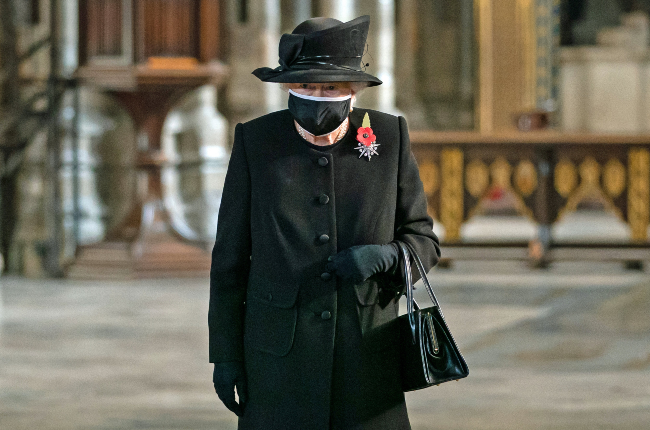 Earlier this year Her Majesty managed to perfectly sum up the virus in four words, describing it as “this horrible new thing”. (Photo credit: Gallo Images/Getty Images)

Should the queen and the royal family be first in line to get the eagerly awaited Covid-19 vaccine or not?

This is a question that’s stirring some debate in England. Some people believe the royals and members of parliament should be first in line to get the jab “to show it’s safe” as they’re public figures and therefore owe it to their country to be guinea pigs of sorts.

But royal fans believe the queen and her husband, Prince Philip, should be front of the queue “to honour them for all the years of service”, as one social media user put it.

The queen, ever the stickler for rules and eager not to be seen to take advantage of her status, is unlikely to allow herself to jump the queue, even if it were possible – which, it turns out, it isn’t.

Everyone from the monarch down falls into age categories – so Her Majesty (94) may well be among the second group to receive the Pfizer vaccine because of her vast years.

According to the UK’s Joint Committee on Vaccination and Immunisation, care-home residents and their carers will be first in line, followed by those over 80, which includes the queen at 94. Those over 75, over-70s, over-65s and high-risk adults under 65 follow. Younger, healthier people will be vaccinated in stages after that.

UK Prime Minister Boris Johnson has called on his country for "resolve" as they tackle a second wave of the virus (Photo credit: Gallo Images/Getty Images)

In terms of the priority list, Prince Charles at 71 would be among the fourth group to get access, with British prime minister Boris Johnson at 56 placed ninth in the over-55s. At 38, Prince William is in the last group for the jab.

Charles, William and Boris all had the virus earlier this year, with William’s diagnosis only recently emerging after he felt it was the “right thing to do” to keep it secret and not further alarm the nation.

Prince William contracted Covid in April but was said to have suffered "mild symptoms". His wife, Kate Middleton, and their three kids didn't get it (Photo credit: Gallo Images/Getty Images)

“There were important things going on and I didn’t want to worry anyone,” he reportedly said at the time, according to The Sun.

Charles said he “got away lightly” with the virus. “I feel particularly for those who have lost their loved ones and have been unable to be with them at the time. That, to me, is the most ghastly thing,” he told Sky News in June.

Prince Charles, who got the virus in March, was at high risk at 71 yet he recovered quickly. (Photo credit: Gallo Images/Getty Images)

“But in order to prevent this happening to so many more people, I'm so determined to find a way out of this.”

Boris, of course, was gravely ill with the disease and it was touch and go for him for a while.

We live in a world where facts and fiction get blurred
In times of uncertainty you need journalism you can trust. For 14 free days, you can have access to a world of in-depth analyses, investigative journalism, top opinions and a range of features. Journalism strengthens democracy. Invest in the future today. Thereafter you will be billed R75 per month. You can cancel anytime and if you cancel within 14 days you won't be billed.
Subscribe to News24
Related Links
What SA can learn from other countries about the devastating second wave of Covid-19
Here’s why Prince William shouldn’t have kept his Covid diagnosis a secret
Prince Charles announces his first royal engagement after recovering from coronavirus
Next on You
Prince Harry dresses as Spider-Man to deliver a heartwarming Christmas message to orphans