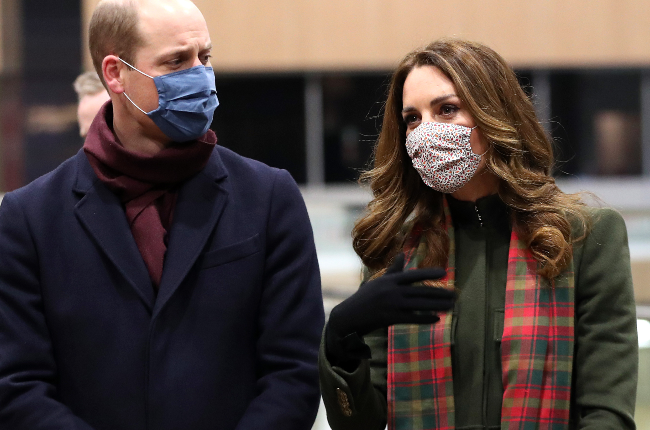 The Cambridges at Euston Station at the start of their 48-hour royal train tour around the UK. (Photo: Gallo Images/Getty Images)

And this was evident once again as they embarked on their festive train tour across the United Kingdom to thank people for their efforts in combatting Covid-19 in what has been a truly challenging year.

The couple have won over hearts and minds with their genuine warmth, with Kate even proving that, yes, she is normal at times when she appeared to make a spelling error in a handwritten message. Kate left a heartfelt message on the station's whiteboard. (Photo: Twitter/The Duke and Duchess of Cambridge) Fans noticed that Kate appeared to leave out the 'R' in country on her message. (Photo: Twitter/The Duke and Duchess of Cambridge)

The 38-year-old duchess, who looked both regal and Christmassy in a red Tartan scarf and green Alexander McQueen coat, left a message for all transport workers on a whiteboard at Euston Train Station. “Thank you to all transport workers everywhere for keeping the coutry (sic) moving throughout this difficult year. Wishing you all a very Merry Christmas!”

Eagle-eyed fans quickly noticed that the ‘N’ in country was missing – but she was quickly forgiven.

“Lovely gesture by them both. Missed out the N in country though! Still very sweet and thoughtful to all these workers,” one Twitter user wrote, while another said, “They look very noble and wonderful.”

When Prince William (38) signed his name after his wife, fans were also quick to notice that he was left-handed.

“Prince Will is left-handed?” another asked. 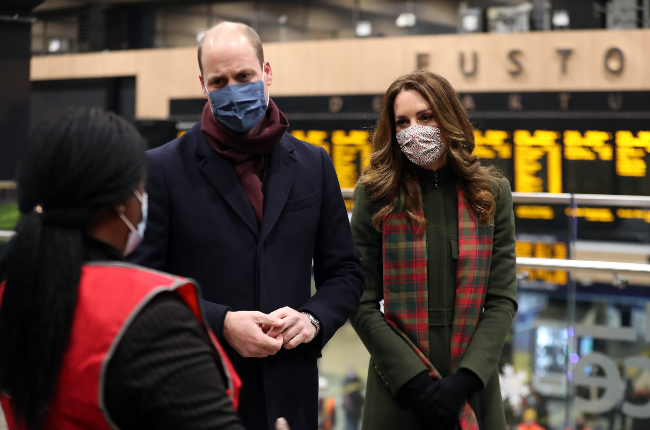 Royal insiders have said the couple’s journey will “lighten the nation’s mood” ahead of Christmas with Covid-19 restrictions again putting limits on gatherings and movements and dampening the festive season.

We live in a world where facts and fiction get blurred
In times of uncertainty you need journalism you can trust. For 14 free days, you can have access to a world of in-depth analyses, investigative journalism, top opinions and a range of features. Journalism strengthens democracy. Invest in the future today. Thereafter you will be billed R75 per month. You can cancel anytime and if you cancel within 14 days you won't be billed.
Subscribe to News24
Related Links
The Duchess of Cambridge reveals her most-used emojis – and they might surprise you
Here’s why Prince William shouldn’t have kept his Covid diagnosis a secret
A royal nightmare! Prince William reveals what keeps him up at night
Next on You
Sarah Ferguson will spend the holidays with the royal family for the first time in 30 years