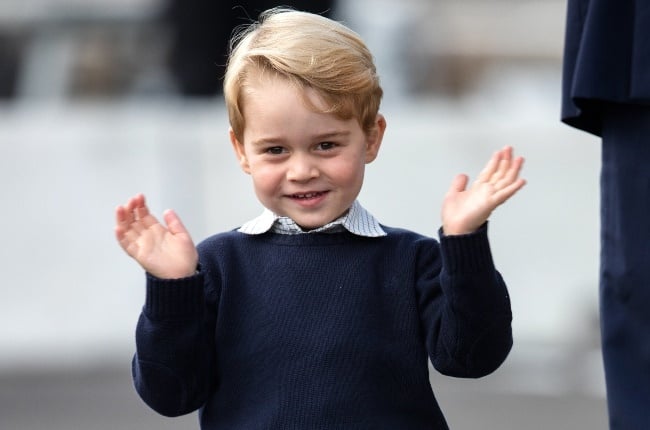 And it’s a happy birthday to Prince George today!

The eldest child of Prince William and Kate Middleton turns seven today and to mark the occasion the palace released two new photos.

A Kensington Palace spokesman said, “The Duke and Duchess of Cambridge are delighted to share two new photographs of Prince George ahead of his seventh birthday tomorrow.”

Taken by his 38-year-old mother, they show the adorable youngster sporting a cheeky gap-toothed grin for the camera, his tousled blonde hair swept to the side.

The pictures were taken at the family’s Norfolk home, Anmer Hall, where George and his siblings, Princess Charlotte (5) and Prince Louis (2) have been spending lockdown.

The young prince is certainly growing up fast and it appears he shares his dad’s love for helicopters, which could mean he may one day follow in William’s footsteps and pursue a career in the armed forces.

Photos have been released of HRH Prince George Of Cambridge ahead for his seventh birthday which is tomorrow. The photos were taken by the Duchess Of Cambridge ?? #PrinceGeorgeOfCambridge

According to a royal insider, Kate and William have done their best to shelter the future king from the future that awaits him, giving him as down-to-earth an upbringing as they can, but it is “a delicate balance”.

“They want to protect him as much as they can. As a result, he’s turning out to be a really happy, well-adjusted little boy.”

While he often comes across as shy and rather sensitive in public, especially in comparison to his outgoing sister, those who know him say he’s actually a lot of fun in private.

His godmother, Julia Samuels (60), describes him as “feisty and cheeky”.

Speaking on the How to Fail with Elizabeth Day podcast, the psychotherapist, who was a friend of William’s mother, Princess Diana, revealed, “He is amazing. He is funny and feisty and cheeky and, God, she [Diana] would have loved him so much.”

She also revealed she gives him “impossibly noisy toys that takes William days to put together” as part of a family tradition stemming from Diana.

“I do to George what (Diana) did to us, which is give impossible toys which are really noisy, take a lot of making.

“I come in slightly tipped by the size of the present that William then has to spend days putting together. And then put all the machinery together and it makes awful tooting noises and lights flashing and all of that. That makes me laugh and it makes George laugh.”

And laughing is what it’s all about when you’re a kid – even if you’re heir to the throne.

We live in a world where facts and fiction get blurred
In times of uncertainty you need journalism you can trust. For 14 free days, you can have access to a world of in-depth analyses, investigative journalism, top opinions and a range of features. Journalism strengthens democracy. Invest in the future today. Thereafter you will be billed R75 per month. You can cancel anytime and if you cancel within 14 days you won't be billed.
Subscribe to News24
Related Links
Prince George could follow in his father’s footsteps with this major decision
Prince Charles drops a major hint about what he got Prince George for his 7th birthday
Prince George and Princess Charlotte’s hobbies revealed – and it might surprise you!
Next on You
Just call her GI Kate! The Duchess of Cambridge posts never-before-seen photos