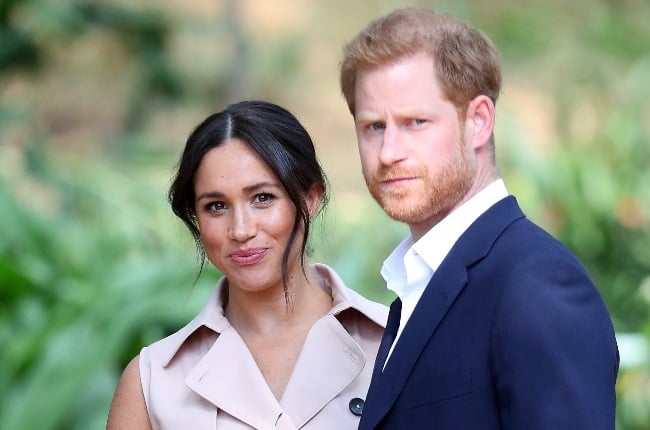 After the pair penned a sweet letter praising a sports charity for their work in a disadvantaged area, eagle-eyed readers noticed a little detail, which raised plenty of eyebrows.

Wow! Thank you so much Harry and Meghan for your kind words and your continued support for StreetGames and the brilliant local organisations working to support their communities in these challenging times pic.twitter.com/4h9bMGTuTR

So what was all the fuss about? Turns out they chose to use their joint H&M monogram with the crown logo, despite resigning from their royal duties earlier this year and not using a HRH title.

Twitter immediately erupted with users slamming the pair, who are now based in Los Angeles, for daring to use the insignia.

“How nice of them to send this out using the symbol they have left behind. Must have leftover stationery,” one sarcastic user wrote.

“They need to take that crown out of that M logo,” ranted one while another vented, “No royalty, no crown.”

However, it turns out they are entitled to use it.

According to British royal commentator Richard Fitzwilliams, the couple may in fact use it as Harry is the son of an heir apparent.

Other non-working royals including Princess Eugenie and her sister, Princess Beatrice, also use crowns for their monograms.

Meanwhile StreetGames, which has been helping to distribute fresh meals to young people across London, shared the letter on Twitter while expressing their gratitude.

“Wow. Thank you so much Harry and Meghan for your kind words and your continued support for StreetGames and the brilliant local organisations working to support their communities in these challenging times,” they tweeted.

We live in a world where facts and fiction get blurred
In times of uncertainty you need journalism you can trust. For 14 free days, you can have access to a world of in-depth analyses, investigative journalism, top opinions and a range of features. Journalism strengthens democracy. Invest in the future today. Thereafter you will be billed R75 per month. You can cancel anytime and if you cancel within 14 days you won't be billed.
Subscribe to News24
Related Links
Five things that make Sophie one of the most popular royals
It’s a family affair! Meghan’s mom Doria Ragland ‘moves in’ with her and Harry
This is the queen’s biggest pet peeve – and it’s unavoidable!
Next on You
Former royal nanny Tiggy Legge-Bourke's name is finally cleared after she was accused of having an affair with Prince Charles