Blue blood or not, even the queen of England needed a bit of help correcting her teeth.

During a recent visit to the Royal National ENT and Eastman Dental Hospitals in London, the 93-year-old revealed that she needed braces to straighten her teeth when she was a teenager, HELLO! Magazine reports.

"I had wires. Luckily, it was a very long time ago," the queen told a youngster who was about to be fitted with braces. She added she thought the cosmetic process was well worth it.

SEE A VIDEO FROM HER VISIT HERE:

???? The Queen visited the new Royal National ENT and Eastman Dental Hospitals today, where Her Majesty officially opened the new state-of-the-art facility. @uclh undertake ground-breaking research and develop new ways to treat rare and complex dental, ear, nose, throat, hearing and balance conditions. The Queen met Lily who has two cochlear implants to help her to hear. Each year she throws a cochlear implant party, which The Queen said was a ‘splendid’ idea! The Hospitals will schedule over 200,000 appointments in the next year. Today, Her Majesty met some of the nurses and staff who care for the patients at the hospitals.

The queen isn’t the only royal who’s worn braces. Many of her grandchildren, including Prince Harry, had their teeth straightened. In 1999, the Duke of Sussex flashed a smile revealing his braces while on an annual Christmas Day outing, People reports. 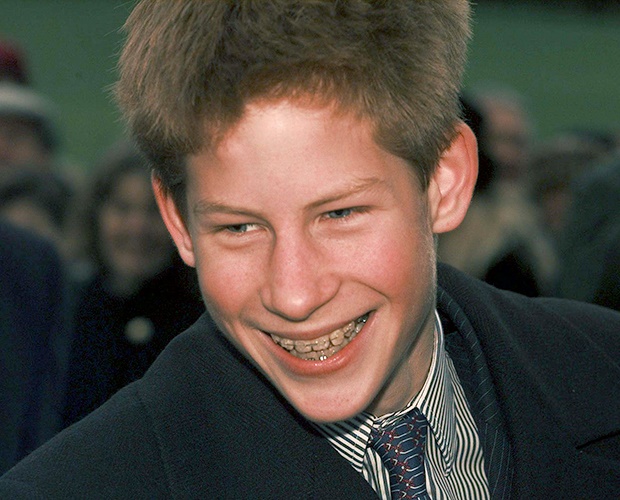 We live in a world where facts and fiction get blurred
In times of uncertainty you need journalism you can trust. For only R75 per month, you have access to a world of in-depth analyses, investigative journalism, top opinions and a range of features. Journalism strengthens democracy. Invest in the future today.
Subscribe to News24
Related Links
The queen still uncomfortable with the idea of divorce, according to royal expert
Queen Elizabeth receives this special gift from her palace staff every week
The signal Queen Elizabeth gives her staff when she’s had enough of a conversation
Next on You
Hanging with dad: Prince George and Princess Charlotte join Prince William at Sandringham for Father’s Day