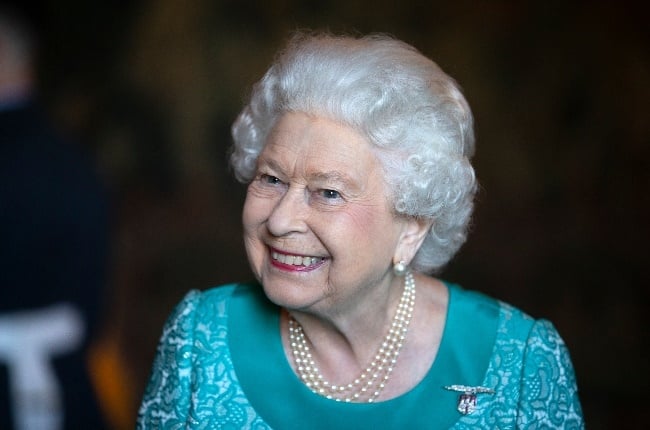 He is a true modern-day hero and proof you’re never too old to achieve great things.

And no one knows this more than the Queen who has bestowed a knighthood on Captain Sir Tom Moore - the former WW2 soldier who pledged on his 100th birthday recently to walk 100 laps around his garden to raise funds for healthcare workers.

And he did – managing to raise over £32 million (about R670 million) after his story went viral and the public rallied around him.

In her first official engagement in person since lockdown, Her Majesty emerged in the grounds of Windsor Castle for the “unique ceremony”. Her arrival was announced by the sound of bagpipes played by the Queen’s Piper, Pipe Major Richard Grisdale of the Royal Regiment of Scotland.

“Thank you so much, an amazing amount of money you raised,” she told Tom, who was accompanied by his now famous walker and several members of his family including his daughter, Hannah Ingram-Moore and granddaughter, Georgia.

She knighted him using the sword that belonged to her father, George VI, but the WW2 veteran - who rose to the rank of captain while serving in India and Burma during the war - was not required to take a knee before the monarch.

Before the ceremony, he told the BBC he would not kneel before the Queen “because if I did I’ll never get up again”.

Breaking protocol slightly of not revealing a private conversation with the monarch, he did reveal they spoke about ages. “She did mention I’m 100 and I said to her, ‘Well you’ve got a way to go yet’, so she’s alright,” he said.

Afterwards he tweeted that he was “overwhelmed with pride and joy.”

“I have been overwhelmed by the many honours I have received over the past weeks, but there is simply nothing that can compare to this.”

For the queen too it was a special day. Just a few hours earlier she attended the private wedding of her granddaughter, Princess Beatrice to Italian businessman, Edoardo Mapelli Mozzi, in a nearby chapel.

Tom initially set out to raise £1 000 (about R21 000) for healthcare workers during the pandemic in a show of gratitude for the medical staff who helped care him for last year when he broke his hip.

He vowed to do 100 laps around his garden – a distance of about 25 m a lap. Things went viral after his family used the motto #TomorrowWillBeAGoodDay to help seek donations.

Thanks to overwhelming support he ended up raising £32 795 (about R687 million) – an incredible achievement!

We live in a world where facts and fiction get blurred
In times of uncertainty you need journalism you can trust. For 14 free days, you can have access to a world of in-depth analyses, investigative journalism, top opinions and a range of features. Journalism strengthens democracy. Invest in the future today. Thereafter you will be billed R75 per month. You can cancel anytime and if you cancel within 14 days you won't be billed.
Subscribe to News24
Related Links
Kate takes the crown as the most influential lockdown stylista!
The queen responds to little boy who made her a ‘happiness’ wordsearch
WATCH: Queen Elizabeth makes surprise appearance in first Zoom call
Next on You
Sarah Ferguson will spend the holidays with the royal family for the first time in 30 years