The Karate Kid Ralph Macchio is back in Cobra Kai – and he's looking good at nearly 60! It’s crazy to think Ralph Macchio is 58 and almost as crazy that he’s back on our screens as Daniel LaRusso in the new Netflix series Cobra Kai.

Ralph is a bit beefier than we remember but only a bit. His baby-face features, which made him an 80s heartthrob for teenagers the world over, have a few lines but only a few. If anything, he looks like a 30-something version of skinny Daniel, the role for which he’ll always be remembered.

Not that he minds.

The Karate Kid and its two sequels made Daniel a star and he’s reprised versions of the role to great comedic effect in shows such as Entourage and How I Met Your Mother.

Now he’s back in Cobra Kai, which starts on Friday 28 August on Netflix – the show’s new home. Season one and two were originally produced for YouTube Premium before the streamer decided to get out of the scripted TV and movie business.

The series opens with a flashback to the 1984 movie’s climatic karate tournament. Injured and limping, Daniel raises his arms, then, poised on one leg, launches a ferocious crane kick at his nemesis, nasty Johnny Lawrence (William Zabka, now 54), the star pupil of the militant Cobra Kai dojo.

Johnny feels the fury of Daniel’s foot and is sent sprawling to the mat before we’re reintroduced to him, 34 years later, sprawled on the floor of his seedy apartment.

It’s no spoiler to say Johnny didn’t get a happy ending. He’s a beer-swilling handyman, divorced, estranged from his teenage son and generally miserable.

Beneath his cranky old-man exterior, Johnny isn’t a bad guy. He is also the Mr Miyagi of the show.

After teaching his neighbour’s son, Miguel (Xolo Mariduena), how to defend himself from bullies, Johnny is inspired to reopen the long-shuttered Cobra Kai dojo, but inadvertently reignites his rivalry with Daniel, who is now the successful owner of car dealership where customers get a free bonsai tree with every purchase.

The heart and humour in the series, Ralph told the New York Times, “comes from the fact that these two guys have not moved past their rivalry”.

Daniel was 16 in the first Karate Kid movie, but Ralph was in fact a youthful looking 22-year-old.

Despite his fame, he managed to sidestep even a whiff of scandal and his nice guy persona, on and off screen, was the stuff many a newspaper and magazine story.

He lived with his parents in their Long Island family home until he married his childhood sweetheart, Phyllis Fierro, at age 26. The couple, who are still together, have a daughter, Julia (28), an actress, and a son, Daniel (24), a film composer.

And yes, his son is named after the Karate Kid.

“There was a chunk of time when my son was like: ‘Did you have to?’ But now he’s proud of it. Unlike Ralph, [the name] Daniel is a classic, it never goes out of style, you know?”

Ralph has always put his personal stability before fame, he told The Guardian recently.

“If I’d been trying to grab that gold ring every chance, maybe I would have had more [jobs], but I couldn’t get to them because I was watching a baseball game back in my home town,” he says.

“I wasn’t the biggest risk-taker, and I’m sure there were lost opportunities because of that. But also, maybe my caution helped me to stay grounded, so I’m at peace with the choices I made.”

Those were the “lean years,” he told The Independent, which lasted for most of the 1990s. “Sometimes I might have played things a little safe, once the cameras rolled,” he admits.

“I think I would tell my younger self to maybe take some more creative risks. Maybe if I attacked things differently, I would have found some other opportunities.”

Not that he has regrets, he adds. “When I look at a film like The Outsiders, which was my first big cinema role, I felt I was right in the centre of that character. I feel very proud of what I did there. I’m always checking the parachute before I jump out. I know a lot of people jump and then deal with the parachute on the way down. But that’s just part of who I am.”

Ralph had roles in many popular TV shows over the years, including Law & Order: Criminal Intent, Psych and Ugly Betty. He showed an uncharacteristic dark side in The Deuce – the HBO series on Showmax about the New York sex industry in the 1970s and 80s – as a corrupt cop, Officer Haddix.

“I really miss The Deuce,” he says. “It needs to be seen by more people and hopefully in time it will be. I loved being a part of it.”

The actor has also enjoyed a career on stage and shares the concern of many actors for the future of theatre amid the Covid-19 pandemic. “I don’t know when theatre opens up,” he says, “I really don’t. It’s very upsetting, what’s happening to the Broadway community.”

He’s been invited to return to the world of the Karate Kid plenty of times over the past three decades, “but [the story ideas] never seemed fresh. It was always easier to say no and protect the legacy – because I’m very protective of it – and the story ideas were never smart enough”.

But Cobra Kai is different, he adds. Each season is effectively a five-hour movie split into 10 30-minute episodes which “allows the characters to breathe”.

“It doesn’t have to fit inside a two-hour motion picture sequel that has to be louder, faster, funnier, bigger.”

What also signed the deal for him was that the creators, Jon Hurwitz, Josh Heald and Hayden Schlossenberg, are the world’s biggest superfans of The Karate Kid.

“They ae you guys you just believed wanted to make the show the fans wanted to see,” Ralph says. “It was about how is it going to find its way and embrace nostalgia while being fresh and original?

“Fortunately, it stayed that way.” Ralph Macchio punches Pat Morita in the chest in a scene from the film 'The Karate Kid', 1984. (Photo: Getty Images/Gallo Images)

Several members of the cast of the original movie turn up in Cobra Kai, including Martin Kove as Cobra Kai teacher Kreese, Randee Heller as Daniel’s mother, Mrs LaRusso, and there are hints that Elisabeth Shue, who played Daniel’s girlfriend Ali, might show up in season three, scheduled for a 2021 release.

Noriyuki “Pat” Morita, who earned himself an Oscar nomination for playing Mr Miyagi in the first film, returned to the role in 1994, in The Next Karate Kid. Pat Morita and Ralph Macchio in a scene from the film 'The Karate Kid', 1984 (Photo: Getty Images/Gallo Images)

The Next Karate Kid was future Oscar-winner Hilary Swank, who made her big screen debut in the film, after several TV roles. 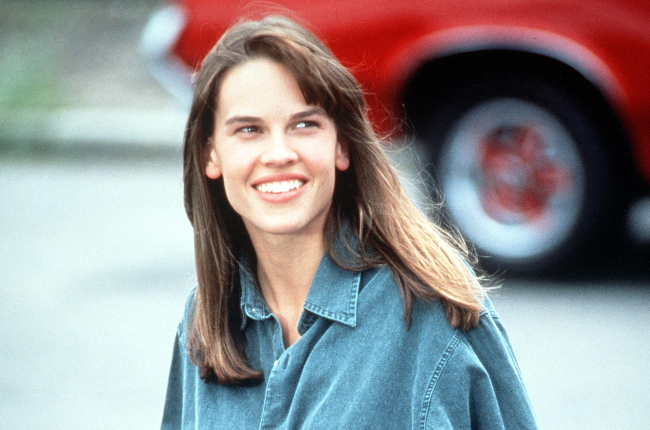 Will Smith attempted to breathe new life into the series in 2010 with a remake set in China. It starred his son Jaden and Jackie Chan in the mentor role. Ralph has pointed out that as there “is no such thing as karate in China, it should have been called The Kung Fu Kid”. We live in a world where facts and fiction get blurred
In times of uncertainty you need journalism you can trust. For 14 free days, you can have access to a world of in-depth analyses, investigative journalism, top opinions and a range of features. Journalism strengthens democracy. Invest in the future today. Thereafter you will be billed R75 per month. You can cancel anytime and if you cancel within 14 days you won't be billed.
Subscribe to News24
Related Links
THE BIG READ: Chefs open up on what they fed the dictators they served
THE BIG READ: Inside the chaotic world of Kanye West
THE BIG READ: The future of sex and sex robots
Next on You
THE BIG READ | A mom and daughter share their ordeal: how nude selfies nearly destroyed our family