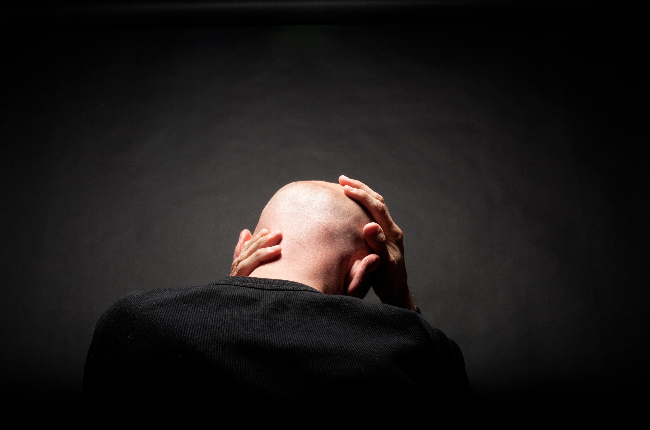 In bad news for bald men it’s been found they could be at higher risk of dying from coronavirus.

A study has identified androgen hormones, which causes hair loss in men, as helping the virus attack cells. It’s been linked to some of the worst cases of Covid-19 in hospitals in Spain.

Lead researcher Professor Carlos Wambier, from Brown University in the United States, told The Telegraph, “We really think that baldness is a perfect predictor of severity.”

Previous data has also found that men have a higher risk of dying from coronavirus than women.

“We think androgens or male hormones are definitely the gateway for the virus to enter our cells,” Wambier added.

The professor has led two studies in Spain, with both finding a disproportionate number of men with male-patterned baldness being admitted to hospital with the deadly disease, Daily Mail reports.

The discovery could be named the Gabrin Sign, after the first American physician to die of the illness in the US, Dr Frank Gabrin – a bald man.

Meanwhile a separate study led by Los Angeles oncologist Matthew Rettig, is testing the effect of prostate drugs – which reduce the levels of androgens –  on coronavirus.

Another study from Italy, including 9 280 men with prostate cancer who were on androgen deprivation therapy, found that only a quarter of them were likely to fall ill with Covid-19 compared to those on other treatments.

We live in a world where facts and fiction get blurred
In times of uncertainty you need journalism you can trust. For 14 free days, you can have access to a world of in-depth analyses, investigative journalism, top opinions and a range of features. Journalism strengthens democracy. Invest in the future today. Thereafter you will be billed R75 per month. You can cancel anytime and if you cancel within 14 days you won't be billed.
Subscribe to News24
Related Links
British school puts teen in isolation after she goes bald for charity
WATCH: Dad’s touching reaction when bald little girl says she doesn’t love herself
YOU takes a bald stand against cancer
Next on You
Weight Training – What NOT to do