Bridesmaid steals spotlight by announcing pregnancy at the wedding 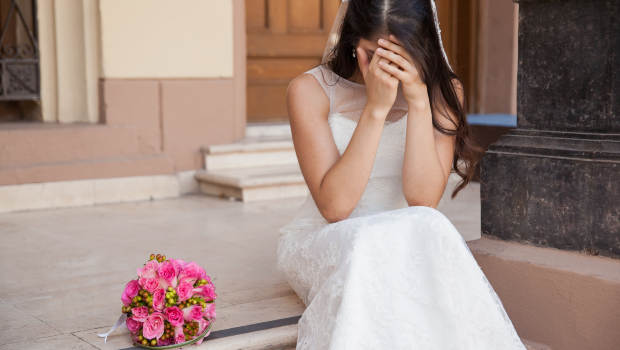 When *Monica offered her friend and bridesmaid *Laura a glass of bubbly on the morning of her wedding and she declined, she knew something was amiss. Her suspicions were confirmed when Laura went on to reveal that she was pregnant, The Sun reported.

After spending two years planning her special wedding ceremony, Monica was finally ready to say “I do” to the love of her life. And while every bride wants the spotlight to be on them, her wedding took a rather drastic turn after her friend announced her pregnancy.

“Now Laura is the biggest party animal of us all so naturally we questioned why she wasn’t drinking. Laura then told us she was pregnant,” the bride revealed in a Reddit post.

“Of course, I was happy for her but obviously the focus was then on Laura and her pregnancy and not us getting ready for my wedding – something I’d been planning for two years.”

To make matters worse, instead of the pregnant bridesmaid holding up her bouquet during the official bridal party photos, she cradled her 12-week baby bump.

“The photographer asked her to pick her flowers up so all of us were holding our bouquets and Laura refused and said, “Oh it’s ok, I’d prefer to stand like this’ and carried on cradling her stomach,” Monica wrote. “So now those photos just look weird.”

Then during the speeches, Laura took it a step further and broke the news of her pregnancy to Monica’s wedding guests, leaving the bride feeling rather upset.

“The attention was on her and her pregnancy and not me and my husband,” Monica said.

Users commenting on the post were completely on the disgruntled bride’s side.

“You have every right to be upset and she owes you an apology, most specifically for using her toast to make an announcement to your entire wedding reception,” one Redditor wrote.

“Talk about stealing the spotlight. It seems to me that she had ample time to say something prior to YOUR wedding day,” another added.