Couple get engaged after meeting on #ImStaying 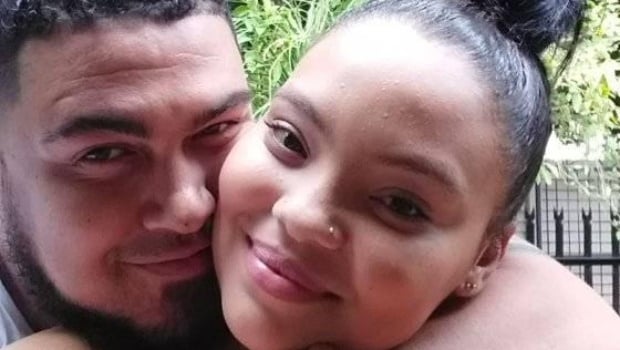 Earlier Isaiah had shared a selfie of him on the beach on #ImStaying. The picture also shows a complete stranger flashing a smile at the camera. According to Isaiah, this person had made his day, which was why he still wanted South Africa to be his home.

Soon after this Sinead posted a comment saying how attractive Isaiah was.

“He ignored my comment but then I sent him a friend request on Facebook, hoping that he’ll accept. He accepted eventually and on 7 January he sent me direct message saying: ‘Your name sounds better with my surname,” Sinead told YOU.

They started bantering almost immediately about the day they’d get married – as if they were already involved. Little did they know it would come true.

“I’d been in hospital for a week and was due to be admitted again the following week. That was when I told Isaiah I wanted to meet him and that I would come all the way to Pretoria,” Sinead said.

Isaiah thought Sinead was joking but ended up booking her on a bus to Pretoria. “I think he knew what he wanted all along – because he didn’t book me a return ticket to Pietermaritzburg.”

Because neither of them had had a romantic Valentine’s Day before, Isaiah wanted to make the day extra special for Sinead.

He planned for them to get engaged during the week of the Valentine’s Day!

“Initially it was going to be at a restaurant but he found out that I hate going out and prefer being home. So he had to change all his plans and decorate the house nicely – and then asked me to marry him,” Sinead says.

She knew Harry had something up his sleeve – he was peppering her with questions all the time – but didn’t know he planned proposing to her.

“Later he told me that he’d asked me to marry him because he could be himself with me and because we’d had special connection from day one.”

As planning a wedding is a stressful business, in the meantime Sinead has relocated to Pretoria. The couple plan to tie the knot in an intimate ceremony in Pietermaritzburg in September this year.

“It’s an exciting time and we can’t wait to be joined as one,” Sinead says. “I just want our day to be perfect – as he is for me.”

Read more on:
lovecouple
LATEST YOU