Joburg measles outbreak: Everything you need to know 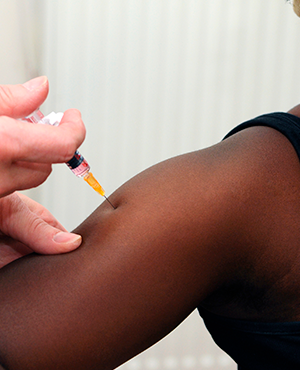 Parents are being urged to vaccinate their children after multiple cases of measles were reported in Joburg’s East Rand.

There have been a shocking 21 cases of measles in Actonville near Benoni over the past two months, the Camaro Chronicle reports.

The Ekurhuleni health department has rolled out an emergency measles vaccination campaign in all its primary care health facilities.

Earlier this year two cases of the disease were reported in Pretoria and 15 more in the rest of Gauteng.

"In Gauteng, even one case of confirmed measles should wake us up. We only had 11 cases over the past year. Now we have 17 in a month.”

Parents are urged to get their children vaccinated immediately to avoid infection. Here’s everything you need to know about measles:

Why is it so important to report cases of measles and combat the disease?

The National Institute for Communicable Diseases says measles is a viral infection that spreads from person to person in saliva through coughing and sneezing or close contact with someone with the disease.

In addition, the measles virus can survive for many hours on surfaces. By drinking from the same glass or using the same cutlery as someone with measles your risk of getting the virus increases.

Some people never fully recover from the side effects of measles.

In 2014 the World Health Organisation announced that measles is one of the main causes of child mortality. Of the 114 900 people who succumbed to the disease that year, the majority of victims were under the age of five. In 2015 deaths related to measles increased to 134 200.

Measles are especially prevalent in parts of Africa and Asia. Young children that haven’t been inoculated against the virus are much more at risk of getting the disease than those who’ve been inoculated.

Can adults get measles?

Definitely. But it’s normally more common in children less than a year old. Adults who have been exposed to someone with measles are advised to have a booster inoculation. Pregnant women are also at risk of getting measles.

More about measles in South Africa

Between March and April 2017, 17 cases of measles were reported in Gauteng. It followed an outbreak of measles in the Western Cape between January and February involving 31 cases.

Learners at Paul Roos Gymnasium in Stellenbosch were unable to take part in sports meetings or, cultural and academic events for four weeks.

Between January and April cases were reported as follows in other provinces: North West (4), Eastern Cape (1), Mpumalanga (1) and Limpopo (1).

Measles symptoms usually appear within 14 days of being exposed to the virus.

2. A spreading rash is typically a sign of measles. The rash can last for up to seven days. It normally appears in the first three to five days after being exposed to the virus.

3. The rash of red, itchy spots usually starts on the head and spreads to other parts of the body.

4. Measles can have serious side effects, like pneumonia and blindness, and can even result in death.

Caring for a child with measles at home

1. Keep the child away from others to prevent the disease spreading.

2. Keep them isolated for at least four days after the first signs of the rash appear.

3. Let them stay in a dark room, away from sunlight.

4. Give plenty fluids and healthy food.