“This one is going to go home.”

That’s what a woman who’s been trying to have a baby for more than a decade told herself when her doctor confirmed she was pregnant again after previous failed pregnancies.

It hasn’t been an easy ride for Ester Boucher (39) and her husband, Michael (37), who live in the south of Johannesburg.

But now the couple have taken home miracle baby Esmi, who was born prematurely and spent her first 101 days at Netcare Clinton Hospital in Alberton, Gauteng, under the care of Dr KP Mnisi.

She describes the baby as calm and relaxed.

“She’s a sweet little girl. She only cries when she’s not happy with something,” the proud new mom says.

Ester says her journey to motherhood has been a difficult one.

“We’ve been battling for 10 years and 10 months to fall pregnant.

“After nine years, I told my husband, let’s just leave it. It’s not meant to be, and God has other plans for us,” she said. But in 2017 the couple couldn’t believe it when they fell pregnant naturally.

Ester went to her GP, took a pregnancy test and the doctor confirmed the wonderful news.

“She said, ‘You better get to a gynaecologist’ and I said, ‘I don’t know any because I’ve never been’.”

The gynaecologist, Dr Gerhard van der Westhuizen, guided the couple on their journey to parenthood.

But then Ester fell ill and was diagnosed with Factor V Leiden, an inherited blood-clotting disorder caused by a mutation of the blood's factor V protein.

“They tried to treat me for that but then it was too late,” she recalls.

She was hit by more bad news when diagnosed with pre-eclampsia and HELLP syndrome, a serious complication of high blood pressure, blood and liver problems during pregnancy.

Despite this, Ester gave birth to a baby girl named Mieke on 3 June 2017. Mieke weighed 700g and was born at 26 weeks and four days.

“It was devastating. No one can prepare you to hear that,” Ester recalls.

The couple fell pregnant again in 2018 but their joy was short-lived as Ester miscarried at eight weeks.

“To hear that your child isn’t there anymore, that’s terrible,” she says, crying.

On that same day, Ester asked her doctor when she and Michael could try again. “I didn’t want to give up and give the devil his way.”

The couple conceived in September last year and the baby was due to arrive in June. But then Esmi arrived early.

“She’ll never fill the void of missing Mieke, but it definitely makes it easier,” Ester says of little Esmi, who was also premature.

And carrying Esmi came with its own challenges.

“I was petrified. And every time everyone congratulated us and said they hope everything goes well, I would just say, ‘Yes, because this one is going to go home’.”

Ester kept praying and took a lot of supportive medication prescribed by her doctors.

At 25 weeks Ester had to undergo an emergency C-section because of her pre-eclampsia and eclampsia.

“She was basically fighting for her life.”

The doctors were concerned about Esmi’s lungs plus she had retinopathy of prematurity (ROP), an eye disease that causes abnormal blood vessels to grow in the retina and can lead to blindness.

She had to be under constant medical care.

Ester was discharged after four days and says the worst was to leave her baby behind.

“That was terrible,” she remembers.

“The last two months, I couldn’t sleep. Every time the phone rings you think it’s the hospital.”

“In the beginning you can’t bond with her because she’s connected to so many tubes and pipes.”

“At one point she had four drips in that tiny 26-cm body.”

When Michael called Ester with the news that Esmi would be coming home on June 4, she balled her eyes out.

“God has turned our mourning into dancing,” she said.

Esmi has been picking up weight, and now weighs 2,6kg.

“She’s now full-term, a baby and not a preemie anymore,” she says with a smile. 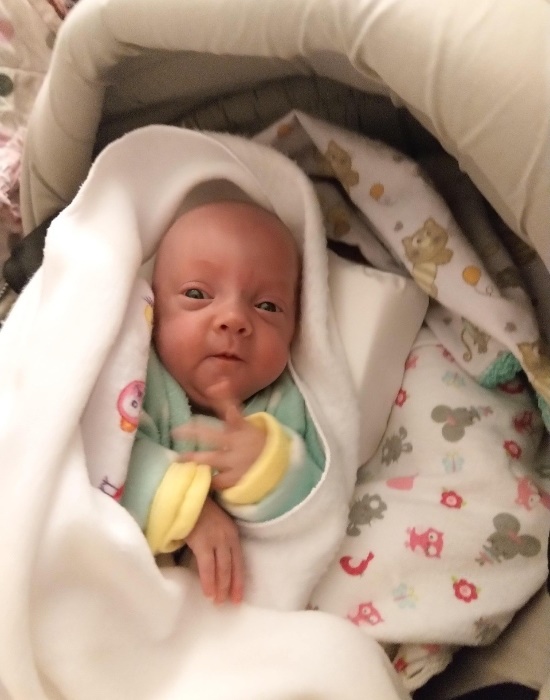 Over the years the couple have been advised to adopt or try in vitro fertilisation.

However, Ester always knew that God would make a way for her to have a child.

“I didn’t want to force God’s hand or play God. I said God will give me the baby when it’s time.”

She believes Esmi isn’t only a gift from God but the gift of God.

“I love being a mommy.

“My dream for her is to be what God wants her to be,” she adds. 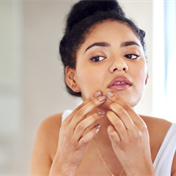 Read more on:
infertilitypregnacybaby
LATEST YOU