Valentine’s Day – you either love it or your hate it. Some plan for it weeks in advance, while other avoid the day like the plague.

If your plans are still up in the air – although, frankly, you’re in a spot of trouble with your significant other if this is the case – take some inspiration from some of these celebs as they share what they’ll be doing on the day of love.

“This year, my friends and I’ve decided we’re going to rent a limo to take us to dinner, and then we’re going to find a dancefloor and have a little razzle dazzle afterwards!”

“Valentine’s Day this year will be spent like every other Valentine’s Day since 2010 – being each other’s valentine, doing a gig and igniting other people’s flames and feels through our music!

“We’re also both single this year, so if anyone wants to join us for a drink, holla!” “My husband and I aren’t big on Valentine’s Day, but we do tend to celebrate it, just in a chilled way.

“We don’t have set plans, but they usually involve some sushi, and he always gets me red roses and chocolate, while I get him a nice plant.” “Valentine’s Day in the traditional sense is all about love between two people, but this year I plan to do what I love and allow Cupid’s arrow to strike my passions – like a good old braai and some incredible radio content on KFM 94.5 because I still have to work on that special day #limitedleavedays #itsnotapublicholiday” “This year for Valentine’s Day, we’ve decided to go outside and do something active!

“We’ve always wanted to do stand-up paddle-boarding, so that’s what we’ll tackle for this year’s Valentine’s Day. We’ll probably have some champagne afterwards as well.” “Self-care has become a big focus for me since 2018. This year, I’ve taken it a little bit more serious by really just showing love to myself.

“So, this Valentine’s Day, I have a spa day planned for me and some of my best friends – girls and guys – followed by dinner and hopefully putting on our dancing shoes to party it up later.” “My husband, Peter, and I both love cooking – it’s quality time spent together and we get to experiment with different flavours.

“Some of our favourite memories are being in the kitchen, laughing and sharing a good bottle of wine, and that will likely be what we’ll be doing this Valentine’s Day.” 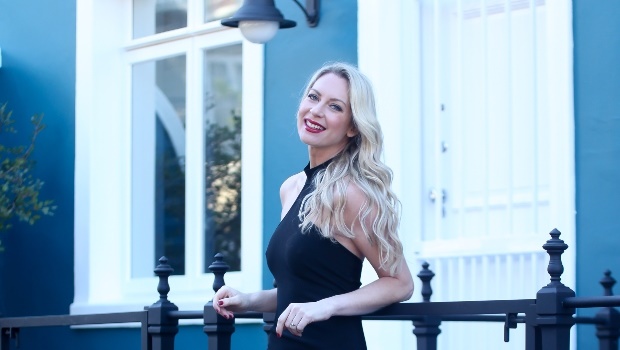 “Well, I’ve been home getting to know baby since giving birth, so I’ll probably do dinner with my husband. He usually plans our Valentine’s Day.” PHOTO: Supplied
Share
Next on You
Women’s eggs attract some sperm more than others – here’s why