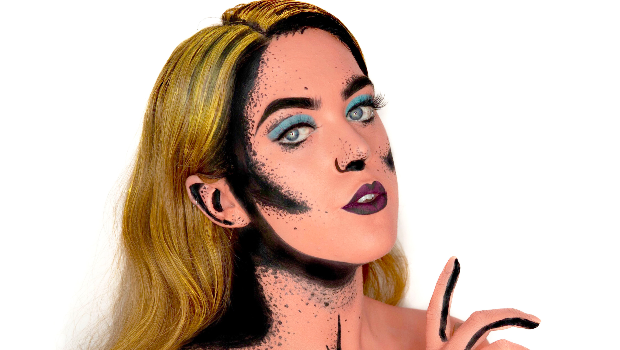 Shannon Atkinson is a self-taught makeup artist who can transform herself into your favourite film character (Photo: ASIA WIRE/MAGAZINEFEATURES.CO.ZA).

Shannon Atkinson from the UK started watching makeup tutorials on YouTube when she was 13 years old, which inspired her to start a TikTok account in October 2019 to showcase her talent.

Since posting a Halloween-themed makeup transformation on the social media platform, she has gained over 40 000 followers and the video has been viewed more than 1,5 million times.

If Annabelle and Chucky had a love child...??? ——? **All clothes are body paint also!!??? >>> SWIPE to see each side in more detail!??? ——? WOW this is my favourite look I’ve done so far! I love how it turned out! ? I wanted to do dolls and with it being a Halloween look obviously I had to go for the two creepiest dolls out there????? ——? This is one of my entries for @keilidhmua #freakweek ? ——? ? ????????? FOLLOW MY TIK TOK: Shannonsmakeup ? ???????? ? ? PRODUCTS:? @officialsnazaroo face paints ? @maybelline Superstay foundation ? @kyliecosmetics Bronze and burgundy palette ? @bperfectcosmetics @staceymariemua Carnival palette ? @colourpopcosmetics Red liquid lipstick ? ? ?? Only things edited are eyes to appear blue and red!?

The nursery practitioner has gone on to transform herself into a number of film characters, including Elastigirl from The Incredibles, Sally from The Nightmare Before Christmas and Anna from Frozen.

The process can take the 23-year-old up to six hours per look and means she has to save a lot of her money to buy new makeup.

However, she hopes to turn her work into videos one day.

“I have been working as nursery practitioner for four years but it's my dream to one day work as a makeup artist on film sets,” she said.

“I never thought I would be good enough but he's always believed in me,” she said.

“The first video I posted just blew up, I was so overwhelmed and I just never expected it.”

Since then, Shannon’s Instagram following has also increased and she hopes to be able to work part-time at her current job so that she can spend more time focusing on her passion.