Mom and daughter dress in adorable matching outfits – made from bedsheets 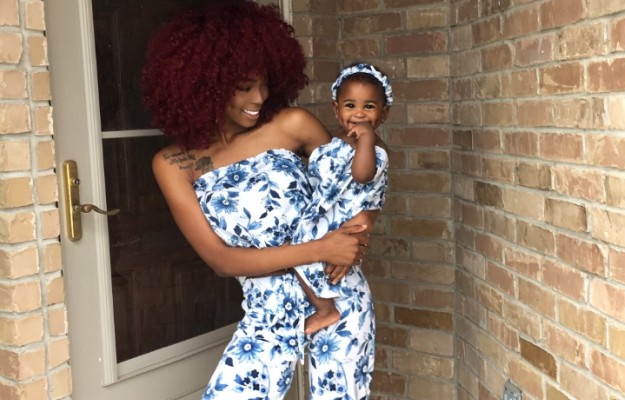 What’s cuter than wearing a super-stylish outfit? Well, a matching one for your daughter, of course!

Alexis Brown, from Austin, Texas in US, decided to pick up a thread and needle to make some identical garments for herself and her daughter Khloe – out of bedsheets.

Her “making lemonade out of lemons” moment was sparked after she discovered her blue floral bedding set whilst cleaning out her cupboard.

“I had seen these old sheets that I had,” Alexis told ABC News. “I was like, ‘Wow, these would make some cute pants.’ I put it on the bed next to my daughter, and she was so amazed by it.”

Turned some old sheets I had, into some mommy & me fits ?? pic.twitter.com/DgjX5dcOI3

After making the bed-sheet ensembles, the 19-year-old posted pictures of them on Twitter – and people couldn’t get enough. Her post has since gone viral with more than 60 000 retweets and over 200 000 likes.

“When I posted the mommy-and-me outfits, people were just loving it,” said Alexis.

Naturally, the adoration prompted the young mom to start making more. So far, Alexis has only made four outfits – but she’s had an overwhelming flood requests for the garments.

Now she’s even started her own sewing company, Lex Allure.

“I can tell she really enjoys it,” Alexis said. “She’ll look at my outfit and look at hers and realise they’re the same.”

My better half.. handmade outfits by me pic.twitter.com/5e0oXz0Oug