PICS: 7 cousins are bridesmaids at one another’s weddings Shiranda Schmidt (27), a lawyer, says school holidays always ended in floods of tears when the two cousins from Secunda, Mpumalanga, had to return home.

The rest of them spent the whole school term in Pretoria eagerly awaiting their reunion. Meanwhile, they kept in contact via good old snail mail.

“My sister and I used to get so excited going to the post office to see if we’d received a letter,” Shiranda tells us on the phone.

So close was the bond among the seven cousins they took turns in the past decade to be bridesmaids at one another’s weddings.

Grandma Enid is the glue that’s kept the family together. She had four daughters, and her grandchildren made up the eight cousins – seven girls and a boy.

Sisters Chrizanne du Toit (now 34) and Janina Doyle (31) grew up in Secunda, while Simone Esterhuizen (30) and her brother, Danté (27); Shiranda and her sister, Tanisha Botha (25); and Nicolien Mahne (27) and her sister, Suzanne Vermeulen (24), all grew up in Pretoria. 7 cousins when they were kids. (Photo: Supplied)

After matriculating, Chrizanne and Janina moved to Pretoria to be near the family.

During the uncertainty of lockdown the cousins rely on their wedding pictures and memories of their special times together. The group video call once a week to see one another’s faces. 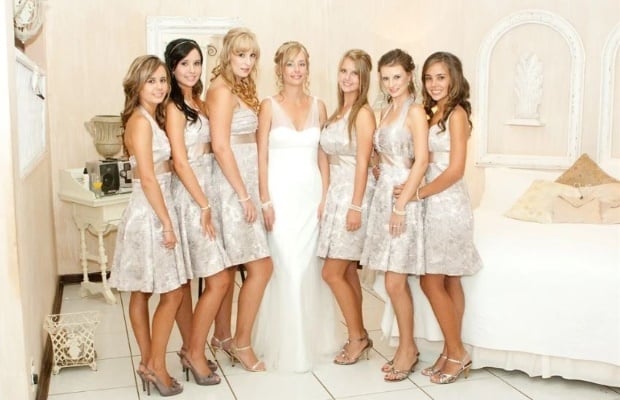 “It helps a bit but it’s not the same. You can’t hug the other person and you want a different kind of conversation,” Shiranda says.

“I don’t think any of us had planned from the beginning that each of us would be bridesmaids at the other’s weddings – we all have women friends. But each time one of the cousins got engaged, you hoped you’d be asked to be a bridesmaid, though you were careful not to put too much pressure on the bride.” Poor Danté always felt like the odd one out, Shiranda says. But as a child he was happy to play with them.

Chrizanne, a primary school teacher who lives in Centurion, was the first to get married – on 26 April 2010.

With each subsequent wedding, the cousins’ moms organised the kitchen tea while they were in charge of the hen party. “Each wedding was unique. You’d think by the fifth one you’d have the hang of it and that it’d be smooth sailing but each wedding day was stressful.”

The last cousin to get married, on 29 November last year, was Tanisha.

“My sister’s wedding was very emotional,” Shiranda says. “It was the end of an era. We’ll never be one another’s bridesmaids again or be together at a family wedding.” 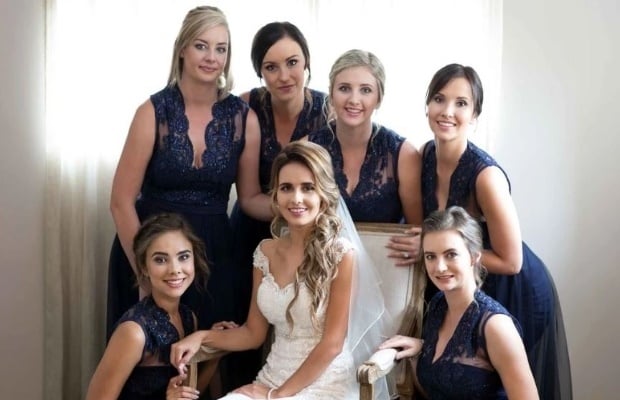 On the day, as with the other weddings, they toasted their grandparents, Enid and Martin (92), who’d been married for 62 years and could still celebrate the special day with the family. “We all look to their example as a couple and the type of marriage they have. We’re grateful they could be at all our weddings.”

Only two of the cousins so far have children of their own and they’re hoping their kids will all be friends when they’re older.

“My grandmother always says it’s a huge privilege to have so many grandchildren who love each other so much.”

Read more on:
weddingfamily
LATEST YOU