There were days she thought she wouldn’t find the perfect dress for her matric dance because of her weight.

“I used to worry about how I would fit into my matric farewell dress,” Marike Pienaar from Bloemfontein tells YOU.

At 123kg the teen (then 15) was miserable. Sometimes she dreaded leaving her room in the school hostel because she feared being bullied.

But fast-forward two years and Marike is a confident 17-year-old, having lost a whopping 53kg.

She now weighs a healthy 70kg after embarking on a Banting diet, the popular low-carb high fat eating plan. In the first year of her weight-loss journey she dropped about 15kg, which was the encouragement she needed to carry on.

Read more: Woman offered R230 for every hour she spends at the gym in an effort to lose weight

She went from being a junk-food fan to eating two boiled eggs and half an avocado for breakfast.

For lunch she’d have the rest of the avocado with salad and some protein, like pork, lamb or fish. Tuna salad was her dish of choice for supper.

Recently Marike celebrated the culmination of her school career with her matric dance, opting for a gorgeous red dress she says she’d never have considered before shedding the extra kilos.

“I felt like a princess in my red dress,” she says, adding that she was accompanied by her good friend Hanre Skein. To add the cherry on top, Marike won a competition on Facebook to get a photoshoot and her make-up done for free.

“They put a lot of effort to make the photos truly amazing. They truly captured my personality especially in the photos taken in the field because I’m a farm girl at heart.

“The photoshoot was a bit awkward in the beginning because Hanre and I aren’t a couple but just friends,” she says with a chuckle.

Read more: Gauteng woman loses 30kg in a year – and her transformation is incredible!

All eyes were on Marike and Hanre when they arrived at the venue. Marike says she was worried she’d trip on the red carpet in her high heels. 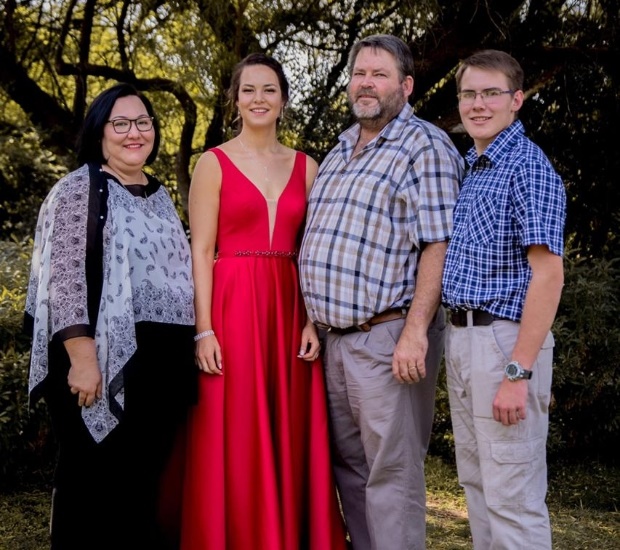 “But Hanre said he’d just pick me up if I fell.”

She and her friends had a lot of fun, she says.

“But oh, my goodness, how do people walk in high heels the whole day. I took them off the first chance I got.”

Read more: Connie Ferguson dishes her secrets to looking this good at 49 Marike still can’t believe how perfect her day was.

“I’ve dreamt about my matric farewell, skinny body and beautiful dress for as long as I can remember. The night was a dream come true,” she says.

“Best night of my life.”

We live in a world where facts and fiction get blurred
In times of uncertainty you need journalism you can trust. For only R75 per month, you have access to a world of in-depth analyses, investigative journalism, top opinions and a range of features. Journalism strengthens democracy. Invest in the future today.
Subscribe to News24
Related Links
10 breathtaking matric ball dresses that rocked the 2019 matric dance season
From Porsches to a Gert Johan Coetzee gown – this girl’s extravagant matric dance was epic
PICS: Bride shocks wedding guests with 63kg weight loss for her big day
Next on You
Feed your skin: Try these 6 foods for better skin