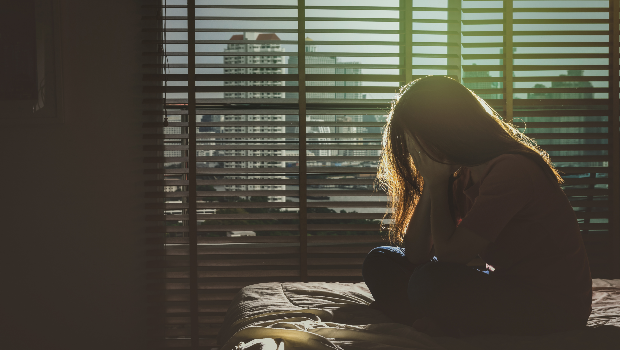 The anonymous woman from Australia, revealed that her son was only two years old when her husband was diagnosed with stage two emphysema, a lung condition that causes shortness of breath, as a result of years of smoking, Mirror reported.

In an original post shared to Mamamia the woman revealed that her husband, who was a habitual smoker, started coughing up blood.

“The morning my husband was told he was going to die was the morning I knew I had to leave him,” she wrote candidly.

READ MORE: Woman falls in love with DJ who played at her wedding

During the doctor’s consultation the couple were told that due to the husband’s history of smoking, he’d go through all four stages of the disease fast.

“My husband just shrugged. ‘Oh well, if it’s the end, I might as well keep smoking,’ he joked,” the woman wrote.

The doctor also revealed that man would suffer a “slow and painful death,” and that’s when his wife decided to leave him.

“As a mother, I knew in that moment I had to save my son. I wasn’t going to have him growing up . . . Watching me nurse his dad – who chose not to do a goddamn thing to help himself – deteriorating in front of him,” she added

The couple’s relationship was already on the rocks but had remained together for the sake of their son, The Sun reported.

“We hadn’t had sex for a year. We never touched each other. We were like flatmates who barely tolerated each other’s presence. At 33, I felt like a young woman trapped in a loveless marriage,” the woman said.

“I had no intention of looking after a man who didn’t care enough about us to even occasionally wake up early for his son, let alone quit smoking so he could be around longer,” she wrote.

It’s been ten years since her husband’s diagnosis. He’s lost mobility and is assisted by an oxygen tank. He’s also had several organ transplants, but he still continues to smoke.

“I feel sorry for my son whose father had the chance to give them more years together but chose not to.”

We live in a world where facts and fiction get blurred
In times of uncertainty you need journalism you can trust. For only R75 per month, you have access to a world of in-depth analyses, investigative journalism, top opinions and a range of features. Journalism strengthens democracy. Invest in the future today.
Subscribe to News24
Related Links
Woman discovers her husband is married to someone else, plus he tells her to take his abuse 'like...
How do I tell my partner that I’m not sexually attracted to him?
Wife upset after finding out her husband of 4 years married her as a result of losing a bet
Next on You
Stay on top of your health and beauty game with these 8 easy-to-use apps