Des Monahan, from Britain, was determined to ensure that his wife, Mona (83), always felt and looked her best – and wasn’t going to allow her deteriorating eyesight to get in the way.

"We don't know when Mona will lose her sight completely but we didn't want to wait around for it to happen,” says Des.

"After asking Rosie to do [Mona’s] make-up when we visited the Benefit [Cosmetics] counter I just picked up the brushes and started asking how to do it.

"Mona's eyesight is deteriorating and she won't be able to do her make-up in the future so I thought the quicker I learned the better.

"Rosie has been a great friend to us and we go in daily to see her and so I can get more tips,” he says. The 84-year-old has taken regular lessons since last year October, and can now apply his wife’s make-up in the comfort of their home.

In fact, Des claims he’s so good that he’d be able to teach his own make-up masterclass.

"It all started last October but I am now so confident with using make-up that I could even teach my own class,” he says.

Rosie is thrilled to have helped the couple and says the adoring husband can now confidently draw on eyebrows and apply bronzer as well as lipstick and mascara.

"When we first started he had no idea what brushes to use for each part of the face but now he's an expert.

"We have such a laugh when they come to the counter but we are friends outside of Debenhams too.

"I have been over to their house for a cup of tea and they come into the store most days for a catch-up.

"Des and Mona's story shows that no matter your age or gender there are always new skills that can be learned.

"If Des doesn't like a certain lipstick colour on Mona he'll tell me straight away.

"He prefers using a pencil to draw in her brows and is very particular with the looks we try on his wife.” 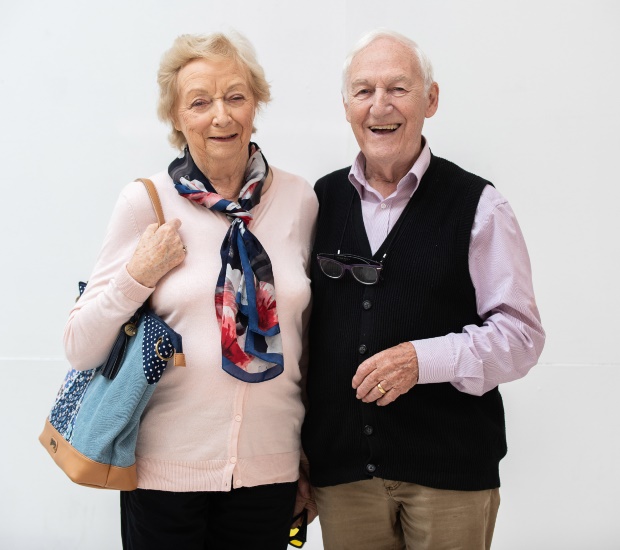 Mona is so thankful to her husband who’s more than able to apply her make-up every day.

“Des uses eyeliners and lipsticks I wouldn’t be able to use myself,” says Mona.

“I struggle to see the colours of different shades now but thanks to Des I know my make-up will always look great.”

Read more on:
wifebeautymakeup
LATEST YOU