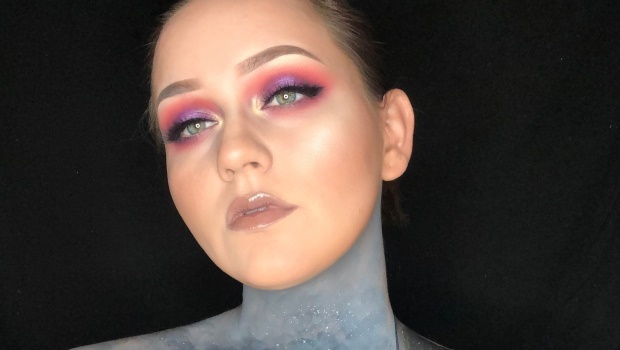 This American artist has created an epic Game of Thrones art piece in just four hours.

Laura Pennington (23) from Florida, US, used make-up to paint the dragon, Drogon, as he breathed destruction on soldiers, artillery and siege equipment.

The sequence from season seven, episode four, called The Spoils of War, saw the Lannister and Tarly armies incinerated before viewers’ eyes.

Cardiovascular technician Laura spent four hours crafting her masterpiece, producing the realistic replication on her chest and neck, in homage to the show, which recently returned for its final season.

“I love putting my interests together, so every piece I do, it’s always cool to be able to mesh them,” Laura said. 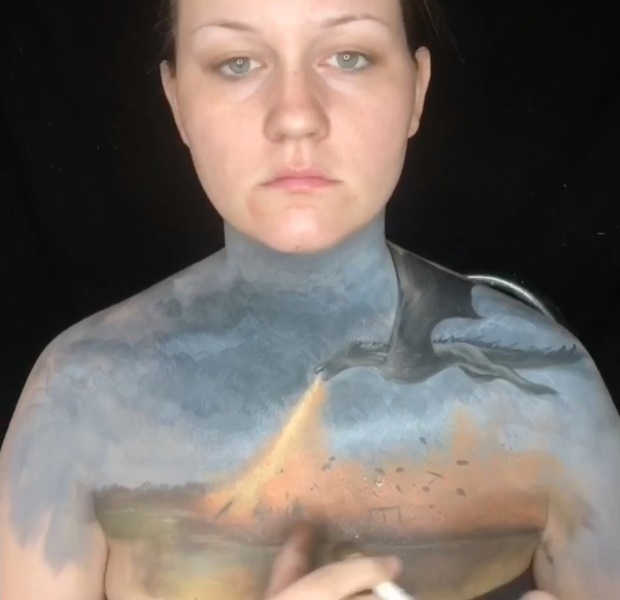 “My favourite character is Daenerys, I love her dragons, she’s definitely connected to them and is pretty cool.

“The flow of the scene made it work, it’s not a standstill picture there is movement, there is a past, present and future, it’s not stagnant.

“I was really proud of how the fire looked, the dragon was the biggest obstacle because you have to be so precise, but it was my favourite part.

“Everyone, especially my husband, really likes the fire, it came out really well and I was very happy with it.

“They like the detail of the fire, but to me, it’s one of those things that looked a lot harder than it was, I found it difficult working on the dragon and sky.

“It’s not like other pieces that have straight lines. If it’s not all perfect everything will look warped. “There’s a certain thrill once you’re two hours in knowing that if you mess it up you’re going to have to start over.

“It’s always nice to challenge myself, I don’t see artists creating realistic portrait paintings, there are more who turn themselves into something else.”

Before starting the designs, Laura studies the image she intends to paint during a research session.

During this time, she hopes to identify a scene, shot or image that’s so synonymous with a TV show, film or videogame that’s easy for viewers to recognise. 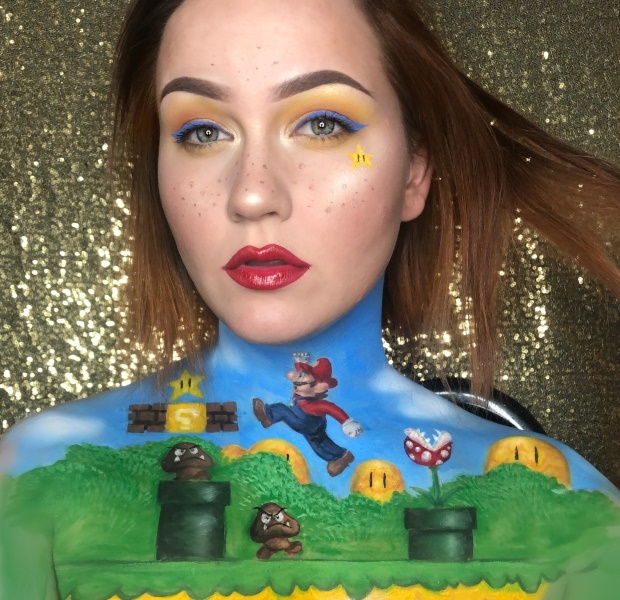 “Lots of scenes from Game Of Thrones wouldn’t translate into a painting, because people wouldn’t recognise it as the show,” she said.

“Sometimes it’s not iconic enough and people could just think it’s a dragon, but this one was really cool.”

Read more on:
artistmakeupgame of thrones
LATEST YOU