Fed up with trying to find Mr Right, this fitness instructor gets married to herself 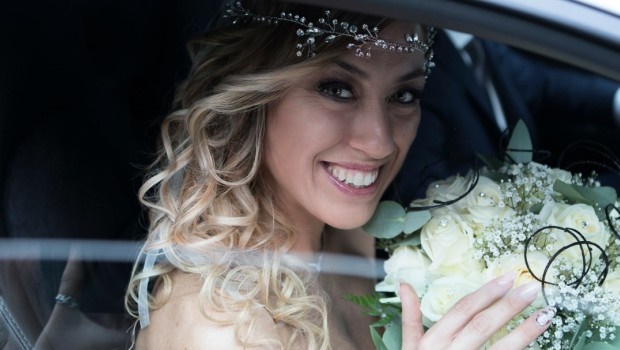 An Italian woman has been looking for her dream man. After a 12-year relationship ended two years ago, she told friends if she hit 40 and was still single, she’d wed herself!

Laura Mesi invited her closest friends and family to her wedding party, complete with a traditional white gown, bridesmaids, a diamond ring and even champagne bottles that were fittingly labelled “single.”

After the one-woman nuptial ceremony – these marriages are being dubbed “sologamy” – in Lisonne, Italy, Laura cut her three-tier wedding cake which was appropriately decorated with just a figurine of a bride on the top tier.

According to BBC News the 40-year-old had always dreamed of having a huge fairy-tale wedding in front of her nearest and dearest – and decided to do so even though marrying herself doesn’t hold any legal implications but is simply an expression of self-love.

“This is my fairy-tale wedding – only without a Prince Charming,” Lauren told BBC News.

“I told friends and family that if I hadn’t found my soul-mate by my 40th birthday, I would marry myself.

“If one day I find a man with whom I can plan a future, I’ll be happy, but my happiness doesn’t depend on him,” the blonde beauty says.

The solo wedding gathered a huge following on social media after Lauren posted more than 100 photos on her Facebook  page of the grand affair.

And if that wasn’t enough, the fitness instructor treated herself to a much-needed getaway after her lavish R150 000 wedding ceremony.

“Love yourself before anyone else,” she says.

Read more on:
weddingbridewoman
LATEST YOU