Man meets his wife in most bizarre way 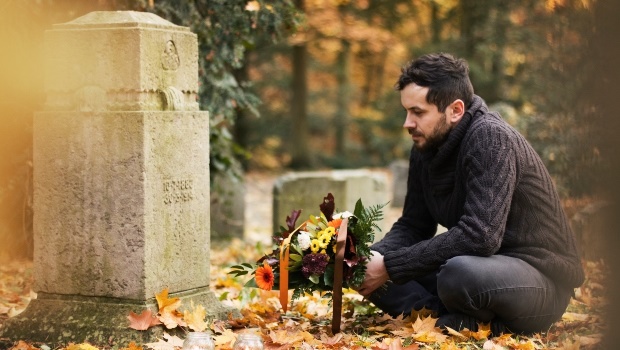 An author shared the incredible story of how he met his wife.

The Sixth Form Poet, the alias he writes under, shared the story in a thread to his Twitter followers.

Matt, as he’s known to family and friends, and his mother would frequently visit his dad’s grave and decorate it with flowers.

But Matt noticed the grave next to his dad’s was always bare, writes The Metro.

The deceased man in the grave adjacent to his dad’s had died at age 37, on Christmas day.

So Matt did what anyone would do – he started buying flowers “for a deceased man I’d never met”. Totally normal, right?

After more than two years of keeping up this gesture, Matt admits he started thinking of this man as a friend.

“I wondered if there was a hidden connection between us. Perhaps there was something secretly drawing me to him,” he explains. “Maybe we went to the same school, played for the same football club or whatever.”

His curiosity eventually got the better of him and Matt decided to do research on the man on Google, adds The Mirror.

The search results were terrifying.

The man had murdered his wife and her parents before jumping in front of a train on Christmas Day.

“I wasn’t going to leave them flowers every couple of weeks for two and a half years, but I did feel as if I owed them an apology.”

So he tracked down their burial sites and paid it a visit with flowers in hand eager to apologise.

“As I was standing at their graves mumbling apologies, a woman came up behind me. She wanted to know who I was and why I was leaving flowers for her aunt and grandparents. Awkward!”

He explained why he was there and then invited her for a drink.

“Incredibly, she said yes. Two years later she said yes again when I asked her to marry me because that’s how I met my wife.”

ONEMy dad died. Classic start to a funny story. He was buried in a small village in Sussex. I was really close to my dad so I visited his grave a lot. I still do. [DON’T WORRY, IT GETS FUNNIER.]

His closing tweet in his thread had nearly half a million likes and more than 28 000 retweets.

“This is the best story I’ve read all month!” one user commented.

This is the best story I've read all month!

While another wrote what some singletons are probably thinking: “Guess I need to start hanging out in cemeteries more often,” she wrote.

Guess I need to start hanging out in cemeteries more.

Sources: The Metro, The Mirror

Read more on:
crimeflowersdeathlovemurdercouplemarriage
LATEST YOU