Matt Damon surprises students by working out at university gym 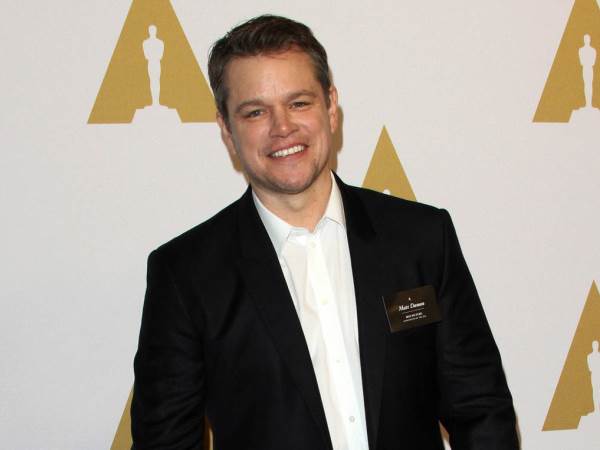 Matt Damon headed back to school on Wednesday, for a workout.

The Great Wall star famously dropped out of Harvard University, where he majored in English Literature, to pursue a career in acting, but delighted students at the Boston school as he made use of the Steve Tisch Sports and Fitness Center.

"He was definitely ripped," Josh Morris, a senior at Tufts, told People.com of Damon who was dressed in a New England Patriots hat and a grey Boston Red Sox T-shirt. "I seemed to be the only person who noticed him, and couldn't pass up the opportunity to say hi. He was with an older gentleman who appeared to be a friend or trainer."

"Many students were saying hi, and he seemed very friendly," added Josh. "I assume he knew what he was getting into working out at a university gym."

The 46-year-old Bourne Identity star reportedly worked up a sweat on the StairMaster, lifted weights, and later posed for selfies with some lucky students, including members of the Tufts University women's' field hockey team.

“Matt Damon just stopping in for a quick workout and to wish the Jumbos best of luck in 2017!” the team posted on their Facebook page.

Damon is a local boy having grown up Cambridge, Massachusetts, with his childhood friend, Ben Affleck, and it was recently announced that he will narrate a documentary about the Boston Marathon.