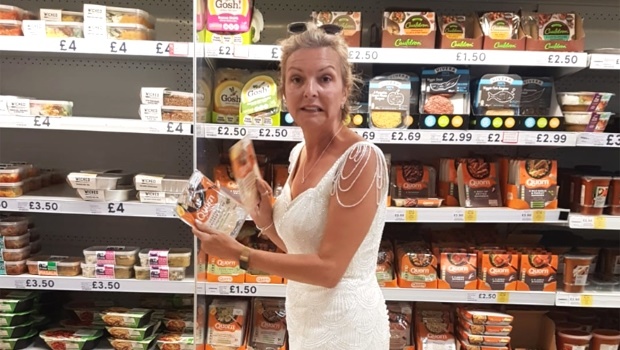 A bride has decided to get her money’s worth from her wedding dress and wears it also when she runs errands or does chores.

From food shopping to cooking and cleaning, Dawn Winfield-Hunt (54) has been making the most of her special gown since tying the knot earlier this month.

An office manager from the Isle of Wight in England, Dawn has been documenting the various adventures of her £300 (about R5 550) wedding dress and has no plans of stopping any time soon, Metro UK reports. “Usually you only get to wear your dress once and then you put it in a box and forget about it,” she said.

“But I liked mine and decided to wear it the following day for a barbecue with friends and everyone loved it.”

The 54-year-old has even gone paddle boarding in the dress. 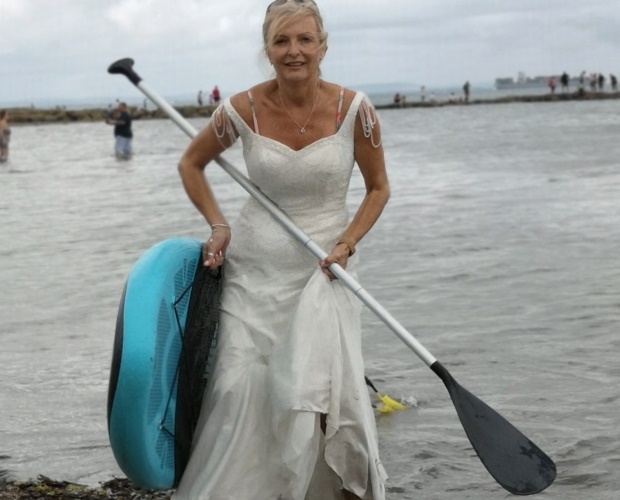 “I plan on wearing it every now and then until my first anniversary next year,” she explained. “It will be covered in seaweed, wine stains and probably won’t even be white anymore but I don’t care.” “The dress puts a smile on people’s face. Many of them think it’s my wedding day and congratulate me as they’re passing by in the street,” she said.

“I love that the dress makes other people happy too.”

Sources: Metro UK, Sun UK
We live in a world where facts and fiction get blurred
In times of uncertainty you need journalism you can trust. For only R75 per month, you have access to a world of in-depth analyses, investigative journalism, top opinions and a range of features. Journalism strengthens democracy. Invest in the future today.
Subscribe to News24
Next on You
How to cope with car sickness on your long-weekend road trip