Cape Town - Could Italy be the most romantic country in the world? Celebrities seem to think so.

Several famous couples have chosen the country as their wedding destination and we reckon they might be on to something.

We look at some of the most successful marriages with Italian roots. 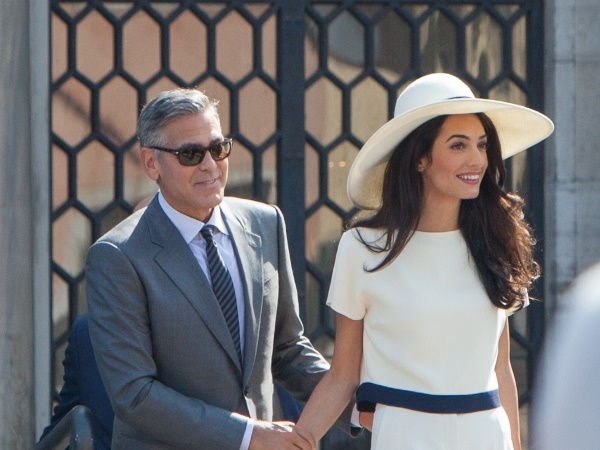 The 58-year-old Catch-22 star married the British-Lebanese beauty in a four-day Venetian affair in September 2014.

According to Hello! Magazine the couple tied the knot inside the 16th century Aman Venice Hotel on the Grand Canal. The couple married in September 2013 on Lake Como, writes Msn.com.

Chrissy looked stunning in – not one, but – three Vera Wang creations. She later revealed that between fittings, she couldn’t stop buying dresses by the New York fashion designer.

"Every time I went in for a fitting, I couldn't stop getting one," she says. "It's just too pretty." The Wests reportedly spent £245 000 (then about R4,4 million) to rent out the 16th century Forte di Belvedere in Florence for their wedding in May 2014.

Celebrations for their nuptials began with a pre-wedding party in Versailles, France. Thereafter Kimye flew all 200 guests out to Italy for the big day, writes Msn.com. Justin and Jessica said “I do” in the small village of Savelletri de Fasano, a region in the south of Italy, in the heel of the boot, writes Venice Events.

As she walked down the aisle in a pink Giambattista Valli creation, Jessica was serenaded by Justin with a song he specifically wrote for her.

The couple later said they decided to marry in Italy in 2012 because of their love for Italian cuisine. It’s been almost nine years since they’ve tied the knot in Lake Como in July 2010.

We live in a world where facts and fiction get blurred
In times of uncertainty you need journalism you can trust. For 14 free days, you can have access to a world of in-depth analyses, investigative journalism, top opinions and a range of features. Journalism strengthens democracy. Invest in the future today. Thereafter you will be billed R75 per month. You can cancel anytime and if you cancel within 14 days you won't be billed.
Subscribe to News24
Related Links
Sophie Turner and Joe Jonas have a lavish second wedding ceremony at a luxury venue in France
Khloe Kardashian can't watch 'KUWTK' at the moment
WATCH: 15 years of local celebrity weddings
Next on You
'She's in awe of her son': Why new mom Rihanna won't return to work anytime soon