In the wake of three failed marriages, Demi Moore is now focusing on loving herself.

The 57-year-old actress recently opened up about how she felt she had to changed herself in each of her respective marriages to Freddie Moore (70), Bruce Willis (65) and Ashton Kutcher (42), People reports.

During an interview on SiriusXM’s The Jess Cagle Show, Demi was open about how she’d in the past not understood the importance of self-love when in a relationship – which inevitably led to her changing herself to accommodate her companions.

“I think it’s a process of – not to sound [like a] cliché – but it’s really a process of learning to love yourself, accepting who you are just as you are,” Demi said in the interview.

“For me, I changed myself so many times over and over to fit what I thought somebody else wanted. We’re kind of conditioned to work toward being desired, but we’re not supposed to have desires of our own.”

While the American actress acknowledged that her relationships didn’t work in the end, she said it wasn’t for a lack of trying on her part, Daily Mail reports.

“Working through a relationship is really commendable in our disposable times,” she said.

“To go through the journey of really honouring the love that brought you together in the first place, and to really give it all you’ve got. But you can’t do that without that love and acceptance of yourself.”

The mother of three first spoke out about her previous marriages in her 2019 memoir, Inside Out, Fox News reports.

In the book, the actress admitted to cheating on her first husband, Freddie, before their wedding night. The marriage lasted from 1981 to 1985.

She also detailed her relationship with Bruce Willis, whom she married in 1997 and shares three kids with. She refers to that marriage as a union she’s “very proud” of.

As for her relationship with Ashton, whom she wed in 2005 and divorced in 2013, she described it as “a whirlwind”.

Related Links
Less is Moore: Demi spills the beans about the men in her life
Bruce Willis and Demi Moore reunite for quarantine – and we’re all for it!
Demi Moore on her relationship with former husband Ashton Kutcher: ‘It took me away emotionally’
Share
Next on You
Sean Connery voted the best 007 of all time – here are his top 3 James Bond moments 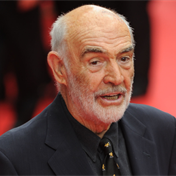