Cape Town - As she awaits the highly anticipated birth of her first child along with the rest of the world, the Duchess of Sussex (37) will no doubt have something in common with her late mother-in-law, Princess Diana.

In Andrew Morton’s book Diana: Her True Story, the royal biographer goes into detail about how the former nursery school teacher felt huge pressure from the press ahead of the birth of her and Prince Charles’ first child – Prince William.

In fact it got so bad the then 21-year-old had to be induced in hospital – but finding a day that didn’t clash with her husband’s polo schedule proved to be yet another challenge, People reports.

"When we had William, we had to find a date in the diary that suited Charles and his polo," she said at the time. "William had to be induced because I couldn’t handle the press pressure any longer, it was becoming unbearable. It was as if everyone was monitoring every day for me."

But when the big day arrived – 21 June 1982 – she was as excited as any mom-to-be. "Thrilled, everyone absolutely high as a kite – we had found a date where Charles could get off his polo pony for me to give birth. That was very nice, felt grateful about that!"

Diana gave birth at what has become know to be the home of all royal expectant moms – the Lindo Wing of London’s St Mary’s Hospital – and showed off her tot to the world’s eyes soon after, Cosmopolitan reports. In another extract of the book, Diana reveals how Charles always wanted a daughter and that she didn’t want to tell him their second child was another boy. "Charles wanted two children, and he wanted a girl. I knew Harry was a boy, and I didn’t tell him."

"Mummy snapped his head off, saying, 'You should realise how lucky you are to have a child that’s normal.' Ever since that day the shutters have come down, and that’s what he does when he gets somebody answering back at him," Diana said.

Their marriage didn’t last much longer. "Then suddenly, as Harry was born, it just went bang, our marriage. The whole thing went down the drain," Diana said referring to Charles rekindling his affair with now wife, Camilla, Duchess of Cornwall. 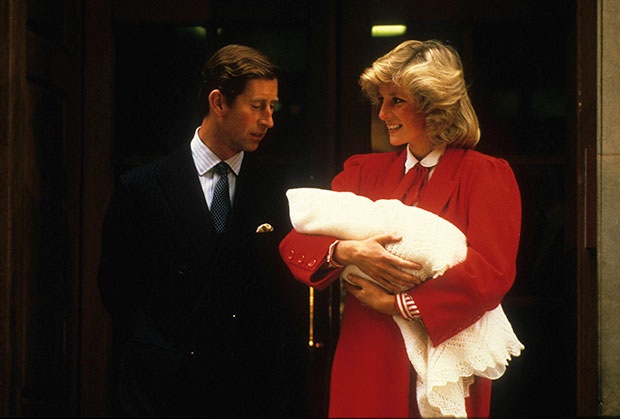 Meghan has chosen to break with royal condition and will not be posing on the steps of the Lindo Wing like her royal predecessors. Instead she’s reportedly planning a private home birth away from the prying eyes of the media.

There’s been much speculation as to how the public will know if she’s even gone into labour. In the past Kensington Palace would announce it, often via their social media accounts as they did with the Duchess of Cambridge’s three births.

However with Meghan and Harry recently launching their very own Sussex Royal Instagram account, the couple will in all likelihood use that to announce any baby news. Guess time will tell.

Related Links
Prince Charles and Camilla’s next trip just gave away Meghan’s due date
Gayle King supports Meghan and Harry’s decision to keep the birth of the newest royal baby private
Has Meghan already given birth to the royal baby?
Share
Next on You
Age really is a number in these showbiz marriages!