If you could put a price tag on your soul how much would it cost?

For songstress Grimes, who recently welcomed her first child with tech giant Elon Musk, it would be $10 million (R170 million), Forbes reports.

The Canadian songstress, whose real name is Claire Boucher, is also a fine artist who recently released her debut art collection titled Selling Out online. Her exhibition includes pieces she’s worked on for more than a decade.

The 32-year-old also placed a percentage of her soul on auction with a starting price of R170 million, according to NY Post.

The title piece, Selling Out, in the form of a legal document, entitles the purchaser to a portion of Grimes’ soul.

Speaking to Bloomberg, Grimes said that she didn’t think the percentage of her soul would actually sell.

Grimes added that she had also become fascinated with the idea of an art and law collaboration.

“The deeper we got with it, the more philosophically interesting it became,” she said. “Also, I really wanted to collaborate with my lawyer on art. The idea of fantastical art in the form of legal documents just seems very intriguing to me.”

“With the current state of the world, do you want to put something up for $10m [R170m]?” she asked rhetorically.

To which she said she’d accept the “best offer” and would leave it to netizens and the public to decide on just exactly how much they think she’s worth.

Related Links
7 of the weirdest celeb baby names, from Bear Blaze to X Æ A-12
Share
Next on You
Gwyneth Paltrow is now selling ‘sexy’ orgasm scented candle – here are some of her bizarre Goop health hacks 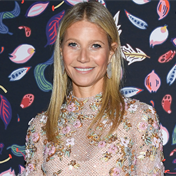