From rags to riches: Five celebs who were dead broke before fame

Cape Town - Before the glitz and glam the struggle was real for these celebrities.

From living out of a car to sleeping outside Buckingham Palace, we look at some celebs who’ve worked their way from the bottom to the top.

The Avengers: Endgame star revealed in 2016 that before he was an A-list actor, he was down in the dumps –literally.

While working as a waiter in Los Angeles in the ’90s, the now 39-year-old would eat leftover food off patrons’ plates in order to fill his tummy. It was the actress and singer’s stubborn streak, fueled by her passion for the arts, that saw her sleeping on the sofa of a dance studio.

"My mom and I butted heads. I didn’t want to go to college – I wanted to try dance full time," the Second Act star told W Magazine in 2013.

"So she and I had a break. I started sleeping on the sofa in the dance studio. I was homeless but I told her, ‘This is what I have to do.’ "

The now 49-year-old’s sacrifice paid off. Not long after that, the work started rolling in – and she’s never looked back.

"A few months later I landed a job dancing in Europe. When I got back I booked In Living Color. I became a Fly Girl [in 1991] and moved to LA. It all happened in a year." While performing alongside Kevin Hart in a 2005 stand up show called Comedy Playground, Tiffany (now 39) was living out of her car.

When Kevin (now 39) discovered how she’d been living, he lent her some money to get a motel room and encouraged her to write down her goals.

The Nobody’s Fool actress did just that and since then her career has skyrocketed.

Last year she starred alongside Kevin in Night School. 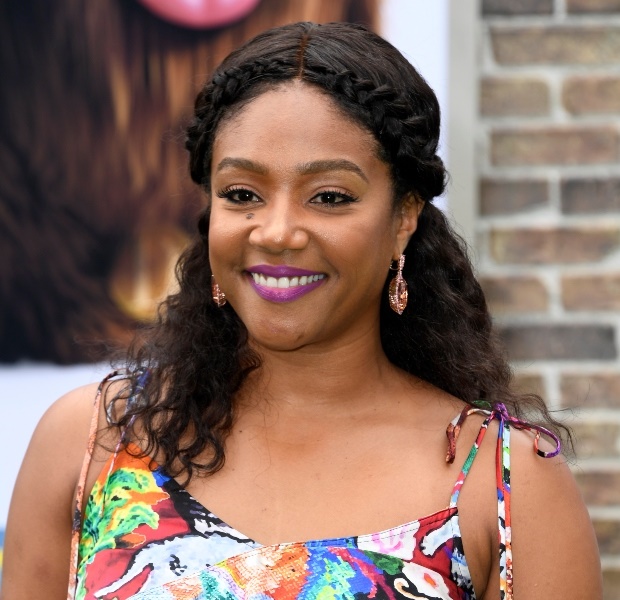 If ever you needed motivation that dreams are possible, Ed’s story is sure to inspire you!

The I Don’t Care singer previously revealed that between gigs in London he’d crash at the house of any stranger willing to offer their couch.

"[In] 2009 I’d been [playing gigs in London] for about four years. I lost my place to live and just started staying at friends’ who I met along the way, and it was a very fun time," the now 28-year-old told MTV.

"I had a lot of fun. I met a lot of people [and] had a lot of experiences that an 18-year-old probably shouldn’t have, and when I didn’t have a place I’d stand onstage and be like, ‘If anyone has got a couch tonight,’ and it would usually work."

And on the rare occasion he never found a place to sleep, Ed would sleep on one of the underground trains on the Central Line and outside Buckingham Palace. Halle (52) believes the time she spent living in a New York homeless shelter contributed to the woman she is today. The John Wick: Chapter 3 – Parabellum actress revealed she didn’t speak to her mother, Judith Ann Hawkins (now 84), for a year because she wouldn’t lend a cash-strapped Halle some money.

But in retrospect she’s grateful for her mother’s tough love.

"That’s probably one of the best things she did for me. She said, 'If you want to be there, then you work it out.' And I had to work it out. Giving up was never an option." Pictures: Getty/Gallo Images
We live in a world where facts and fiction get blurred
In times of uncertainty you need journalism you can trust. For only R75 per month, you have access to a world of in-depth analyses, investigative journalism, top opinions and a range of features. Journalism strengthens democracy. Invest in the future today.
Subscribe to News24
Related Links
Madonna loses appeal to block sale of love letter from Tupac
PIC: Bokang and husband Siphiwe Tshabalala soak up the sun on beachside vacation
It seems like Shia LaBeouf and FKA Twigs' relationship is cooling off
Next on You
Here’s why being a dad may be Venom star Tom Hardy’s favourite role ever