Gwyneth Paltrow’s sweet message to Chris Martin on his birthday: 'We love you so much'

Cape Town - It looks like Brad Pitt and Jennifer Aniston have started a trend.

The actor raised eyebrows when he attended his ex-wife’s 50th birthday bash and many speculated a reunion was on the cards.

And now actress Gwyneth Paltrow and rocker Chris Martin are following suit – but it’s nothing but platonic love over here!

The Avengers actress was all smiles at her ex-husband’s 42nd birthday party.

According to E! News the Coldplay frontman had a laid-back do at his home in Malibu over the weekend.

"It was a very laid-back vibe with friends and neighbours dropping by in the afternoon," a source told the site.

"Some people walked over in the rain and nobody seemed to care. They had a mariachi band and a taco cart."

Gwyneth rocked up in what looked like pink pyjamas, brown cowgirl boots and a matching cardigan.

The Goop founder posted a selfie of her and Chris to her Instagram page and added a sweet message, Mail Online writes.

"Happy Birthday CAJM. This is a special one. We love you so much. #42," she wrote in the caption.

Happy Birthday CAJM. This is a special one. We love you so much. #42

Gwyneth and Chris, who famously "consciously uncoupled" in 2014 after more than 10 years of marriage, have remained good friends since their split.

"We just took our honeymoon in the Maldives and we had a big family honeymoon over Christmas," she told Live With Kelly And Ryan earlier this year.

"So my new husband and his children, my children, my ex-husband, our best family friends [all went]. It was a very modern honeymoon."

No word on whether Chris’ girlfriend Dakota joined in on the "modern honeymoon" or his 42nd birthday party but her car was seen parked outside the house. 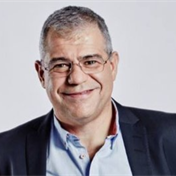