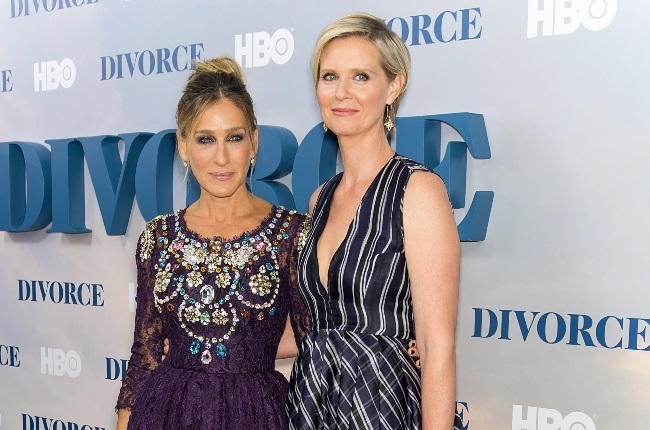 Long before Sex and the City, Sarah Jessica Parker and Cynthia Nixon were costars in the 1982 television movie My Body, My Child. (PHOTO: Gallo Images / Getty Images)

And just like that, Sarah Jessica Parker and Cynthia Nixon have been co-stars for more than 40 years.

The Cut website recently shared two photos of the Sex and the City co-stars appearing alongside each other in the 1982 television movie My Body, My Child.

They played the daughters of screen legend Vanessa Redgrave's Catholic character in the movie, who falls pregnant again and considers having an abortion after learning her unborn child will have disabilities.

Cynthia (55) took to the comments section to share her the backstory of her and Sarah Jessica’s more than four-decade-long working relationship.

"We are here at 13 and 14 playing Vanessa Redgrave's daughters in a TV movie called My Body, My Child,” she wrote. “But we met even earlier recording Little House In the Big Woods on vinyl! (She was Laura, I was Mary). Anyone out there have a copy of the record or a photo of the recording session? I wish I did!"

Responding to the comment, SJP (56) chimed in to applaud her castmate's "spot on recollection," nothing that Cynthia is "one of my most favourite acting partners for more than 40 years".

She added that she, too, wishes she had a copy of their first project together.

“I always say, if my mother doesn't have it, it likely doesn't exist. Ah well. The memories of all my time with you sustains me. See you tomorrow at dawn for @justlikethatmax. x, your sister, your longtime friend, SJ."

Diehard fans of the pair best know Sarah Jessica and Cynthia for their respective roles as writer Carrie Bradshaw and lawyer Miranda Hobbs in Sex and the City, and fans subsequently went into meltdown.

“This has literally blown my mind,” one said.

“I had no idea they have been friends since they were kids,” another added.

The women have no intention of ending their working relationship anytime soon and have been filming the upcoming SATC revival And Just Like That in New York. Sarah Jessica Parker and Cynthia Nixon were recently seen shooting the Sex and the City reboot And Just Like That in New York. (PHOTO: Janet Mayer/Startraksphoto.com / Magazine Features)

The new incarnation of the show will run for 10 episodes on HBO. Kristin Davis (56) will also be reprising her role as Charlotte York Goldenblatt while Kim Cattrall (64), who played PR agent Samantha Jones, has chosen not to join the reboot.

Kim made it clear she had no intention of reprising her role in the franchise after a highly publicised and long-standing feud with SJP.

The previous year, their frosty relationship played out on social media after the death of Kim's brother Chris.

When SJP sent her condolences online, Golden Globe winner Kim thought the sentiment was disingenuous and posted, “My mom asked me today, ‘when will that Sarah Jessica Parker leave you alone?’

“Your continuous reaching out is a painful reminder of how cruel you really were then and now.”

SJP for her part has repeatedly denied a feud, saying she had “never uttered an unkind, unsupportive, unfriendly word” to her co-star.

We live in a world where facts and fiction get blurred
In times of uncertainty you need journalism you can trust. For only R75 per month, you have access to a world of in-depth analyses, investigative journalism, top opinions and a range of features. Journalism strengthens democracy. Invest in the future today.
Subscribe to News24
Next on You
The clashes that led to Grimes and Elon Musk calling it quits on their 3-year relationship