Are they or aren’t they? Trevor Noah and Minka Kelly keep us guessing with yet another cosy outing

Minka Kelly and Trevor Noah were seen together on a dog walk in New York fuelling rumours they might have rekindled their relationship. (PHOTO: TheImageDirect.com / Magazine Features)

Friendly exes or something more? That is the question.

Trevor Noah and Minka Kelly are keeping fans guessing about the nature of their relationship.

The South African-born comedian and the American actress reportedly called it quits in May after dating for nearly a year but they’ve since been spotted enjoying each other’s company on several occasions.

Their latest outing came over the weekend when they stepped out together to walk Minka's dog, Fred, in sunny late-summer New York. The pair appeared to be good spirits as they smiled and chatted, with Trevor holding Fred’s leash most of the time.

The two, who are notoriously private about their personal lives, haven’t publicly commented on their split or recent hangouts but a source close to the Titans actress insists they still have feelings for each other.

“Things are going well between them. They’re taking things slowly,” the insider says. “They really like each other but needed to take a step back and slow things down.” The pair appeared to be enjoying their afternoon together in the Big Apple. (PHOTO: TheImageDirect.com / Magazine Features)

But despite their chemistry, the source made it clear they aren’t exactly reconciling. At least, not for now.

“Nothing is official between them. They’re spending time together. She hasn’t moved back in with him or taken big steps forward. They’re just enjoying going on dates and seeing what happens.”

Trevor (37) and Minka (41) first sparked romance rumours in August 2020 and although neither ever publicly confirmed their relationship, things were believed to be serious. 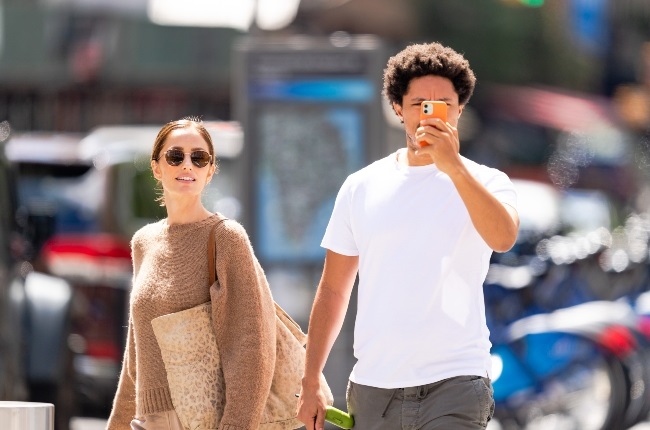 At one point during the leisurely stroll The Daily Show host looked like he was on a video call. (PHOTO: TheImageDirect.com / Magazine Features)

No matter the status, their bond will be put to the test when The Daily Show host heads out on the road for his Back to Abnormal World Tour that’s set to begin in the UK on 10 September with a show at the London O2 Arena.

The US leg kicks off on 18 September at the Santa Barbara Bowl in California and lasts until 10 December at the Chase Center in San Francisco.